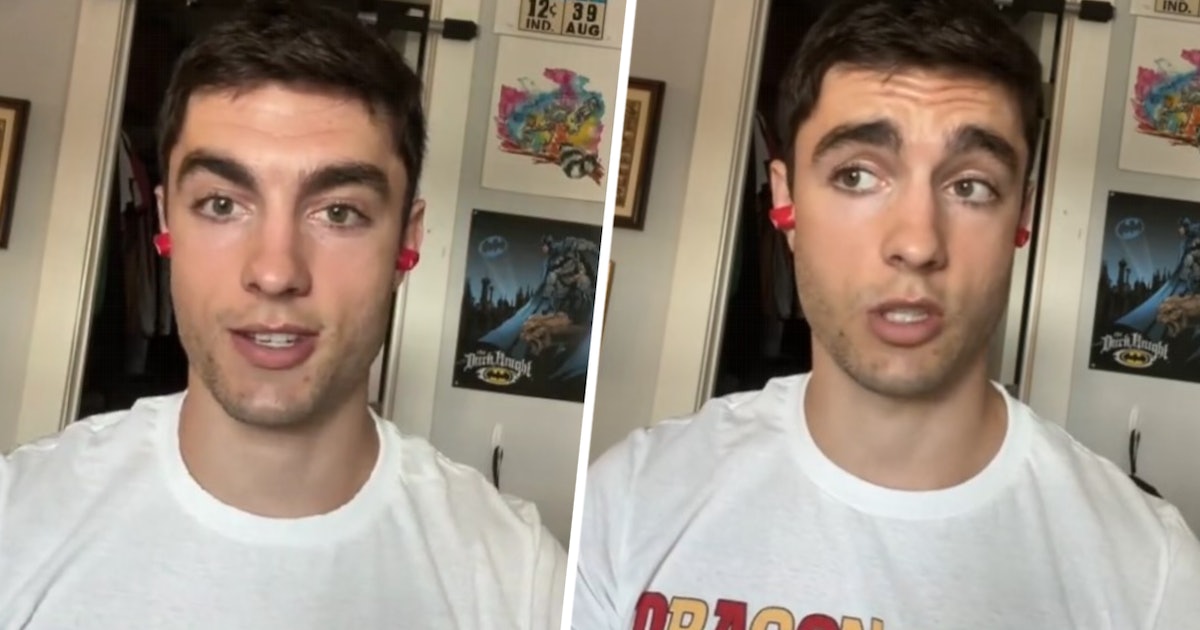 A 23-year-old content creator from Texas has gone viral on TikTok after speaking out about his decision to have a vasectomy and the process. Keith Laue walked viewers through the entire process of having a vasectomy, from a pre-appointment phone call to healing time. His willingness to be so transparent is important for a number of reasons. Here’s what you need to know.

Keith’s decision to share his journey to a vasectomy might seem like stepping into the lineage of TMI, but it’s actually mighty refreshing. On the one hand, when we talk about vasectomies in popular culture, depictions of the procedure focus on pain — and can muddy the waters of what’s typical in terms of pain and recovery time.

It was necessary for Keith to share his experience to debunk many of the myths surrounding the procedure. It’s great to hear him talk about the importance of both partners in a relationship being part of the birth control discussion if their partner has any chance of ever becoming pregnant.

According to the Mayo Clinic, a vasectomy is a form of birth control “that cuts off the sperm supply to your semen” that carries a “low risk of problems and can usually be performed on an outpatient basis under local anesthesia.”

paternal notes that vasectomies aren’t big surgeries, but “nor are they like filling a cavity.”

And that sounds pretty close to Keith’s experience. In his video, he explained the process, including making an appointment and what the recovery was really like. “So I had a vasectomy a few weeks ago and wanted to walk you through the process just in case you’re considering getting one yourself,” Keith shared in the video, which has now exceeded 3 million views tik tok

“It started with a phone consultation. It was super easy. You have set the date for a couple of weeks. They answered all the questions I had,” he said, adding that the process only took 15 minutes in total. “That day I was given Valium for anxiety. When I came in I was given a local anesthetic. I was awake the whole time through the procedure which was weird but it only lasted 10-15 minutes. It was not so bad.”

On recovery, Keith said he was told he would need to rest for about a week before returning to his typical level of activity. Over-the-counter medications conveniently managed his pain. “I didn’t really train for a week, basically. I used a lot of heavy ibuprofen and icing for the first three days,” he shared. “I wasn’t really moving much, but after that I was pretty good at doing everything.”

Vasectomies are reversible and for some couples may be a more practical birth control option than, for example, hormone-based birth control or tubal disputes, a procedure that is more expensive and invasive than the vasectomy process.

The data show that vasectomy reversal is possible. Still, the success of a reversal resulting in pregnancy depends on several factors, including how long it has been since the vasectomy was performed.

According to the NHS, the success rate of a vasectomy reversal resulting in pregnancy is 75% if done within 3 years of the vasectomy, up to 55% after 3 to 8 years and 40% after 9 to 14 years of a vasectomy.

Speak with buzz feed, Keith said there were several reasons he and his partner decided that a vasectomy was the best birth control choice. “After the Heartbeat Act was passed in Texas and the Supreme Court Roe v. Wade, my partner started talking to me about a vasectomy and I had to think about it for a couple of months,” he said. “I don’t think any guy likes to think about getting his balls cut, but it seemed like the easiest long-term birth control option.”

He continued, “Some additional reasons were that we already have a daughter and if we are in a place where we can have more children, we will be happy to nurture them. I have insurance and my partner does not. It is much more difficult for my partner to get her tubes tied or an IUD than a vasectomy. The Supreme Court has made women’s healthcare unsafe and unreliable and it’s better for my partner not to worry about that.

Keith also said he believes more men need to step up and “share the weight of birth control.” He added, “I know the thought of getting your nads cut off can be really scary, but it’s a lot less nerve-wracking than an unwanted pregnancy.”

We need to improve access to contraceptives in Canada