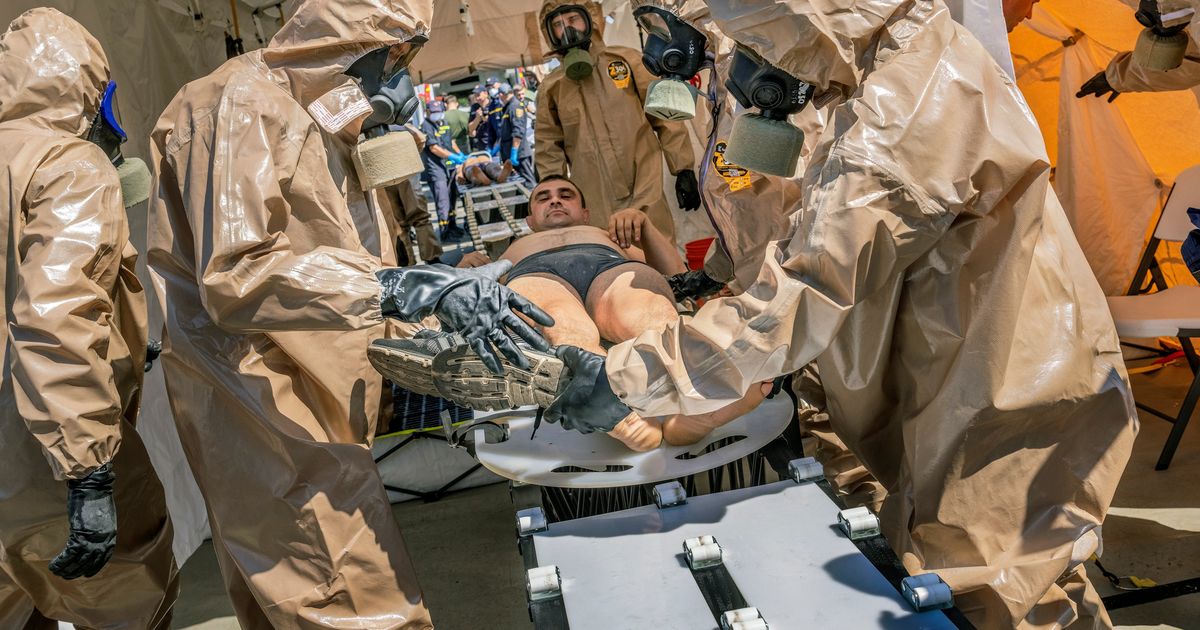 Amid growing concerns about the risks of an accident at the Zaporizhzhia nuclear power plant, Ukrainian officials urged the public not to panic and began distributing potassium iodide to people living near the plant in case of a leak to protect against radiation-induced thyroid cancer.

The heightened alert in a country still bearing the scars of the 1986 Chernobyl meltdown, widely regarded as the worst nuclear disaster in history, comes amid ever-worsening conditions in and around the Russian-controlled power plant, which is in the midst of War lies zone.

Authorities have started distributing the iodine pills to people living within 35 miles of the facility. This area, home to an estimated 400,000 people on both Ukrainian and Russian-occupied territory, would be most at risk in the event of an accidental radiation spill.

Ukrainian Health Minister Viktor Liashko warned in an appearance on national TV that people don’t need to buy the pills “since we bought the drug in exactly the dosage recommended by our researchers.”

“One tablet is enough for the first stage. That’s all,” he said. “But right now, if it’s not being given out to people, it’s only because it’s not necessary or to make sure people aren’t taking it prophylactically out of fear.”

Potassium iodide, also known by the chemical symbol KI, is used to saturate the thyroid gland with iodine so that radioactive iodine that is inhaled or ingested is not retained.

Dmytro Orlov, the exiled mayor of Enerhodar, a Russian-occupied town next to the nuclear power plant, said that although radiation levels around the power plant were all within normal ranges, 25,000 iodine tablets were being distributed by personal doctors as a precaution. The Russians control the city’s pharmacies, residents say, but many general practitioners have continued to work and can still distribute medicines.

In a Ukrainian-controlled area, the Zaporizhzhia City Council said in a statement that doctors had started handing out iodide tablets to residents within 35 miles of the facility, while stressing there was no need to panic. The Council emphasized “that taking the drug is only necessary in the event of an official report of a radiation accident”.

The Ukrainian regional authorities also revised their public warning systems and emergency evacuation plans. A system of urgent notifications has been developed to alert people living in both government-controlled areas and areas under Russian occupation, said Olexander Starukh, head of the Zaporizhia regional military administration.

“Since there is no time to think in case of a real threat from the actions of the Russian invaders, it will be necessary to strictly adhere to the pre-approved action plan,” he said. “Everything and everyone should function as a single mechanism.”

The plant temporarily lost all external power from Ukraine’s national grid on Thursday, forcing it to rely on on-site backup power supplies and renewed concerns about its safe operation.

Edwin Lyman, a nuclear energy expert at the Union of Concerned Scientists, a private group in Cambridge, Massachusetts, said it didn’t appear that the plant’s safety systems had suffered significant damage, but warned that this could change quickly , if the conflict escalates.

“It could spell disaster if emergency response fails,” he wrote in an analysis of the current situation at the plant.

But he said a visit to the plant by experts from the International Atomic Energy Association could help initiate implementation measures that would reduce the risk of a “completely avoidable” disaster.

In the rise of expensive pawn loans – and affordable alternatives