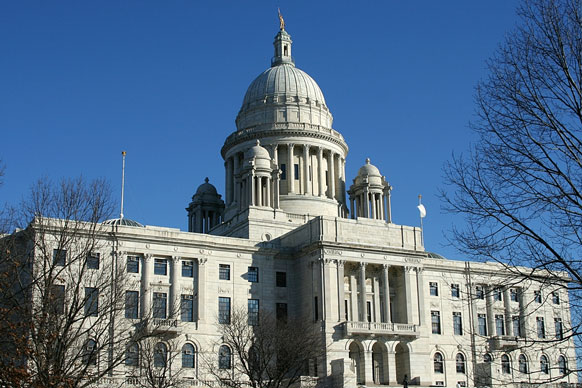 This week at the Rhode Island General Assembly

Here are the highlights of the news and events that took place at the Rhode Island General Assembly this week.

§ Senate approves bill enforcing right to “just, equitable, and meaningful” education
The Senate passed legislation (2022-S 2095) sponsored by Sen. Roger A. Picard (D-Dist. 20, Woonsocket, Cumberland) to ask a question prompting voters at the next statewide ballot to amend the state constitution to provide a just, fair, and meaningful education for every child. Such a constitutional provision would be legally enforceable and would ensure that failing school systems are addressed. A similar constitutional provision has made Massachusetts’ educational system one of the best in the nation. The bill now goes to the house.

§ House agrees to McNamara bill to allow chronically ill to use experimental drugs
The House of Representatives passed the Neil Fachon Terminally Ill Patients Right to Try Act of 2022 (2022-H 7393), introduced by Rep. Joseph M. McNamara (D-Dist. 19, Warwick, Cranston), allowing access for chronically ill patients would include experimental drugs that are not yet federally approved but may be in the final stages of FDA testing. The measure will now go to the Senate for review.

§ House approves Vella-Wilkinson bill allowing pharmacists to prescribe birth control
The House of Representatives passed legislation (2022-H 7346A), introduced by Rep. Camille FJ Vella-Wilkinson (D-Dist. 21, Warwick), that would authorize a pharmacist to prescribe and dispense hormonal contraceptives, provided the pharmacist has training completed program approved by the State Board of Pharmacy. The measure now goes to the Senate, where similar legislation (2022-S 2330) was introduced by Sen. Kendra Anderson (D-Dist. 31, Warwick, Cranston).

§ House approves measure to combat bird flu
The House of Representatives passed legislation (2022-H 7785) sponsored by Rep. Brandon Potter (D-Dist. 16, Cranston) to control outbreaks of avian influenza and other animal diseases through quarantine measures. The bill, now going to the Senate, was proposed by the Department of Environmental Management to help the state respond to an outbreak of a highly contagious strain of bird flu that has been spreading across the country since January and has been identified in neighboring states.

§ Pedal vehicles for multiple passengers could travel on RI streets under a bill passed by House
The House of Representatives passed legislation (2022-H 6636A), sponsored by Rep. Arthur Handy (D-Dist. 18, Cranston), to make four-wheel passenger vehicles — four-wheel vehicles driven by multiple passengers and controlled by an operator — to be allowed on Rhode Island roads in communities that wish to allow it.

§ House Passes Rep. Baginski Polling Place Standards Bill
The House of Representatives approved legislation (2022-H 7429A) introduced by Rep. Jacquelyn Baginski (D-Dist. 17, Cranston) that would increase the number of voters a polling station can accommodate and also establish other polling station standards. The bill would increase the maximum number of voters a polling station can hold from 3,000 to 3,500 voters and also provides factors to consider when determining polling stations. The measure now goes to the Senate, where similar legislation (2022-S 2253) was introduced by Sen. Frank S. Lombardi (D-Dist. 26, Cranston).

Like Newport Buzz? We depend on the generosity of readers like you, who support us in our mission to keep you informed and entertained with local, independent news and content. We really appreciate your trust and support!

Get rid of rapidly breeding rodents with a rat repellent