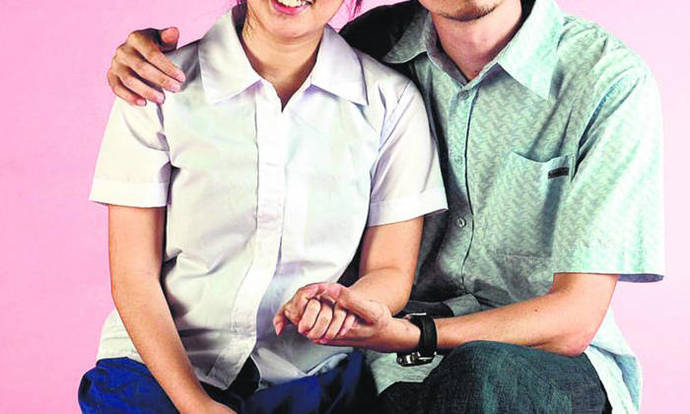 A mathematics teacher at an international school in Singapore had a sexual relationship with a 14-year-old student and manipulated her into keeping it a secret.

They had sex four times, and on two of those occasions he instructed her to take birth control pills afterwards.

The 29-year-old Singapore resident of China, whose name cannot be released due to a gag order protecting the victim’s identity, was sentenced to five years in prison on Monday.

He pleaded guilty to three charges of sexual penetration of a minor, with two similar charges being considered for his conviction.

The court heard the victim, now 17, is a Chinese national who came to Singapore in February 2019 to complete an education.

The defendant began teaching mathematics at the school in January of the same year. They met in March when he was teaching her class and the victim asked him for study materials.

They then exchanged contact details and the victim confided in him the problems she faced as a newly arrived foreign student.

On April 6 of the same year, the defendant invited the victim and her boyfriend, a 20-year-old man, to his home for lunch. Before her friend’s arrival, the teacher hugged and kissed her on the face.

When she left, the accused asked her to become his girlfriend and she agreed, thinking it would be good to have a teacher to take care of her.

During their relationship, they kissed at school when no one else was around. They also had sex at his home four times over a two-month period.

Assistant Prosecutor Colin Ng told the court: “The defendant told the victim that it was a ‘natural thing’ for couples to have sexual intercourse.

“He also told the victim not to tell anyone about her sexual activity as it would damage her reputation and it would be ‘terrible’ for her if her parents found out.”

They split in mid-June of the same year after the victim informed him that she was planning to transfer to a different school. It was also the end of the school year and the end of the teacher’s tenure at the school.

The girl later confided in a friend about the breakup, revealing that she had engaged in sexual acts with the accused.

Angry, her friend took her to the school to confront the defendant, who persuaded the victim not to report the matter to the police.

The victim went back to China in July 2019 and told her mother what happened. The elderly woman called the girl’s guardian in Singapore and lodged a complaint with the police.

The teacher was abroad at the time but was arrested on his return to Singapore.

The victim’s psychiatric report indicates that since her altercation with the defendant, she has felt sad, angry and anxious. She is also afraid of men and has trouble trusting others.

DPP Ng called for five to six years in prison and said the defendant betrayed the trust placed in him as a teacher. “He knew it was inappropriate for a teacher to form a relationship with his student, but he did it anyway.”

He added that the contraceptive pills had been obtained from a dubious source – a contact the defendant had obtained from an online forum – and had endangered the victim’s health.

The defendant’s attorney, Mr. Shashi Nathan of Withers KhattarWong, said mitigatingly that shortly after the relationship began, the defendant expressed deep regret and tried to distance himself from the victim.

“However, the moment (the victim) felt distant, she repeatedly told him how much she missed and loved him,” Mr. Nathan said.

The lawyer added that his client recognizes the seriousness of the situation and should never have involved himself with a minor.