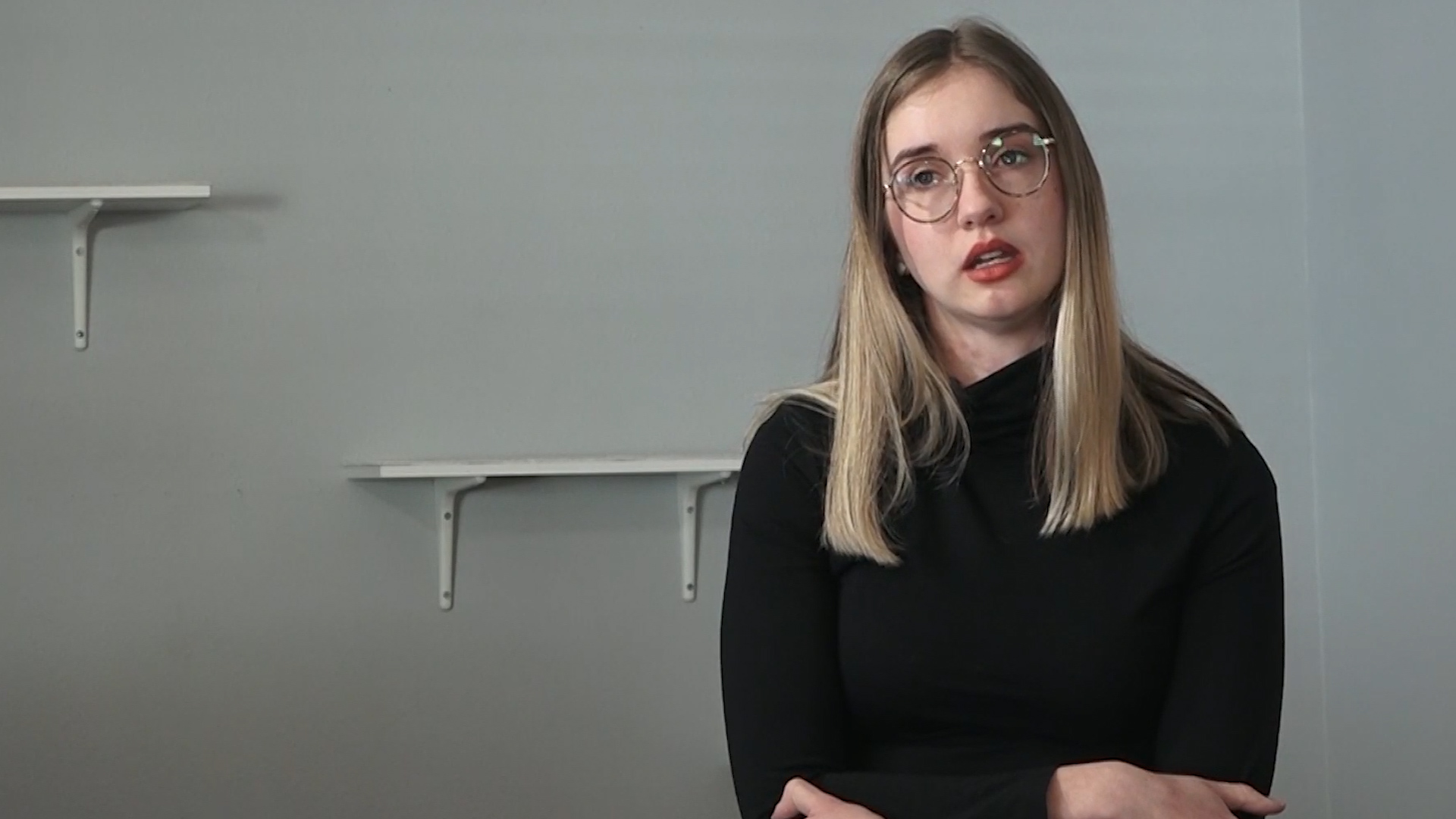 The story is heartbreakingly familiar to many Church-insured women: A woman is told by her doctor that she needs birth control because of a serious medical condition. But regardless of the pain, suffering, or dedication, Church insurance will not cover the cost of the necessary treatment.

“After years of suffering, I found out I had uterine polyps,” an anonymous woman wrote on an Instagram petition. “When I woke up from surgery to remove them, the doctor said I had polyps that ‘covered every surface of (my) uterus.’ To prevent further polyps and uterine cancer, the 48-year-old woman would need an IUD – something their insurance would not cover.

“My choice was to spend $1,300 at my doctor’s office, get cancer, or go to Planned Parenthood,” she wrote. “I have to love health insurance that doesn’t offer health care.”

The woman’s story is one of dozens chronicled by the Instagram account @dmba_stories, which describes itself as a “petition” out of “hundreds of personal impact stories” submitted by women experiencing “the pain caused by this exclusion”. to have.

So what exactly is the problem?

For the thousands of women covered by LDS health insurance, there is a gap in what is otherwise considered appropriate: a widespread failure to cover birth control. While the political exclusion is far from new, it is only in the last few months that an organized effort has emerged on social media that has begun to call for changes.

Deseret Mutual Benefit Administrators (DMBA) is an agency established by the Church that provides health insurance to more than 16,000 Church employees, including BYU employees and all students in the university health plan.

DMBA’s medical plans cover other fertility services, including artificial insemination and in vitro fertilization, but exclude “family planning, including contraception, contraception and/or sterilization procedures” from any coverage unless the insured person meets current medical requirements criteria of DMBA.

However, what these medical criteria consist of is unclear.

The conditions that would qualify a person for contraception are not found in the DMBA declarations of performance or other documentation. Multiple calls to DMBA and Magellan Health, the company it contracts with to manage prescriptions, found no representative who could provide criteria DMBA nurses use to determine who to accept pre-approvals for and who to deny.

In fact, Magellan said most birth control services are covered, and proved it by filing an oral contraceptive test claim on behalf of a caller. This claim was approved even though it went against DMBA’s policy – because DMBA never saw it.

This means that DMBA, which processes prescriptions before they are sent to Magellan, prevents most contraceptive prescriptions from ever reaching Magellan’s approval system. A DMBA representative said her agency’s nurses “review” medical necessity claims for pre-authorizations from physicians to determine if the conditions “are within guidelines,” but would not provide the patient with information about what those guidelines consist of.

If the @dmba_stories account is any indication, many claims of birth control as a treatment for serious medical conditions are nevertheless rejected at the doctor’s sincere urging, per “policy” at DMBA without ever being sent to Magellan for approval.

People whose experiences have been published on @dmba_stories claim that DMBA’s nurses and administrators – who never examined the patient themselves – refuse to treat patients with endometriosis, repeated ectopic pregnancies and dangerous miscarriages, severe postpartum depression, cancer risk and even persistence have a doctor that a future pregnancy would result in death.

The Affordable Care Act, popularly known as Obamacare, requires health insurers to pay for contraceptives. DMBA’s exclusion policy is legitimate in part because of a landmark 2014 Supreme Court case, Burwell v. Hobby Lobby, in which the court ruled that employers are not required under the Restoration of Religious Freedom Act to provide birth control if they do so contradicts the company’s religious values.

DMBA is one of those “grandfathered” programs. However, The Church of Jesus Christ of Latter-day Saints has no formal objection to birth control. In fact, the official position of the Church is that the baby decision is “a private matter of husband and wife.”

Many women employed in the Church turn to Planned Parenthood after realizing that they cannot get the care they need through regular means.

For Sydney Mogotsi, a former church humanitarian worker, the decision not to offer birth control appears to actually go against church policy.

“If we’re going to be pro-life, we need to support universal access to birth control,” Mogotsi said. “This is how you really prevent unwanted pregnancies.” Mogotsi has extensive experience in women’s reproductive medicine worldwide.

“Overwhelmingly, everything improves when women have universal access to birth control,” she said. “They are better trained, they have longer lifespans.”

Rachel Fountain is a BYU graduate who has health insurance with DMBA due to her parents’ position as Church mission presidents.

She and Mogotsi agree that the problem likely stems from an imbalance in leadership.

“We don’t see many women in leadership positions in the church,” Mogotsi said. She expressed concern that the lack of diversity among decision-makers means women’s issues are not being taken as seriously as they should be. When she tries to address the issue, however, she encounters criticism.

“I was told that I painted a wrong picture of the church,” Mogotsi said. “(That) if I keep releasing this, they won’t be able to recruit and retain women. And so I kind of feel like the bad guy.”

Mogotsi said she only now feels comfortable giving up her position at the church and moving to another job.

Fountain similarly felt disrespected and misunderstood as a student under DMBA guidelines.

Fountain, a returned missionary who describes her family as “the Latter-day Saint family you can get,” is frustrated when she feels she will be dismissed as “anti-church” for speaking out . She wishes those who would release her instead would see that “this daughter of God is hurt.”

Although newly married and in need of contraceptives for family planning, she was particularly sympathetic to those who needed them for medical reasons. She compared these individuals to the biblical “woman with blood problems aged 12,” who many scholars believe suffered from a condition that affected her menstrual cycle.

“To me, this is a great example of Christ reaching out to women and defying the societal norms of the time,” Fountain said. “And to say, ‘I’ll help you. And I don’t care what society says, you are a daughter of God and I love you and let me heal you.’”

For Sydney Springer, a current BYU student, being excluded is affecting how she feels about herself. Springer has what she sarcastically describes as “some really delightful health conditions” that require birth control as a treatment to “not be bedridden and miserable for[her]whole life.” However, with DMBA refusing to take care of her, Springer felt discouraged.

“It’s hard to feel important,” Springer said. “That your voice and your choices matter when people are making choices about your own body for you.”

With a growing fan base and dozens of stories not yet shared, @dmba_stories is trying to bring the experiences of countless affected women to the public.

Springer hopes, but isn’t particularly optimistic, that someone is listening.

“Does that even matter in politics? And if so, do they even care?” said Springer. “Probably not, I reckon. Otherwise I think we would see changes at that point.”

Recognition and a commitment to change are central to Fountain.

“I hope someone is listening,” Fountain said. “This is not Christlike, this needs to change. And it’s okay to admit mistakes. This is the gospel of repentance.”

No, this Colorado law does not allow abortions “up to the time of birth.”

Step 3. The New Regulation Away from Payday Loans and Other Highest Focus Borrowing Items