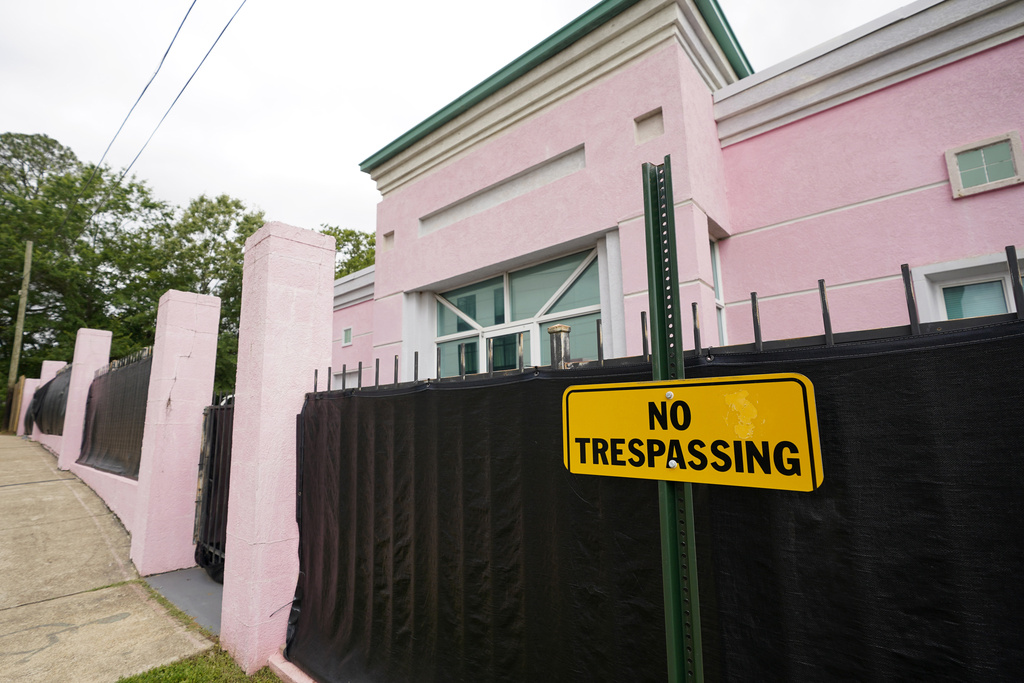 JACKSON, Ms. – If you’re Black or Hispanic in a conservative state that already restricts access to abortions, you’re much more likely to have an abortion than a white woman.

And if the US Supreme Court allows states to further restrict or even ban abortion, women from minority groups, who already have limited access to health care, will bear the brunt, according to statistics analyzed by The Associated Press.

The potential impact on minority women was made all the clearer on Monday after leaked a draft Supreme Court opinion indicating the court’s conservative majority is poised to overturn the landmark 1973 decision legalizing abortion. The draft decision isn’t final yet, but it sent shockwaves through the country. The annulment of the Roe v. Wade would give states the power to decide on the legality of abortion. About half, mostly in the South and Midwest, are likely to ban abortion quickly.

EDITOR’S NOTE – This is an updated version of a story published earlier this year.

When it comes to the impact on minority women, the numbers are clear. In Mississippi, blacks make up 44% of the population but 81% of women who get abortions, according to the Kaiser Family Foundation, which tracks health statistics.

Why the big differences? Laurie Bertram Roberts, executive director of the Alabama-based Yellowhammer Fund, which financially supports women seeking abortions, said that in states with restrictive abortion laws, women of color often have limited access to health care and no options for effective contraception. Schools often have ineffective or inadequate sex education.

If abortions are banned, those same women — often poor ones — will likely find it hardest to travel to distant parts of the country to terminate pregnancies or raise children they may not be able to afford, said Roberts, who is black and once herself volunteered at Mississippi’s only abortion clinic.

“We’re talking about people who are already marginalized,” Roberts said.

Amanda Furdge, who is black, was one of those women. She was a single, unemployed college student who was already raising a baby in 2014 when she found out she was pregnant with another. She said she didn’t know how she could afford another child.

She had had two abortions in Chicago. Getting access to an abortion provider there wasn’t a problem, Furdge said. But now she was in Mississippi, having moved home to escape an abusive relationship. Misled by advertisements, she first went to a crisis pregnancy center that tried to talk her out of having an abortion. By the time she found the abortion clinic, she was too advanced to have the procedure.

She is not surprised by the latest news about the Supreme Court’s likely decision. Most people who are not affected do not take the stakes into account.

“People are going to have to vote,” said Furdge, 34, who is happily raising her now 7-year-old son but remains committed to giving women the right to vote. “People need to put people in the right place to make the choices that align with their values. When they don’t, things like that happen.”

Torres said anti-abortion laws have historically been drafted in a way that harmed low-income women. She pointed to the Hyde Amendment, a 1980 law that prohibits the use of federal funds to pay for abortions except in rare cases.

She also cited the 2021 Texas law that bans abortions after about six weeks of pregnancy. Where she lives, near the US-Mexico border in the Rio Grande Valley, women are forced to travel to obtain abortions and must pass through state border patrol checkpoints where they must disclose their citizenship status, she said.

Regardless of what lawmakers say, Torres emphasized the intent is to target women of color and control their bodies: “You know who these restrictions are going to affect. They know that, but they don’t care.”

But Andy Gipson, a former member of the Mississippi legislature who is now the state’s commissioner of agriculture and commerce, said race had nothing to do with the passing of Mississippi’s anti-abortion law after the 15th week. This law is the one now before the Supreme Court in a direct challenge to Roe v. Wade is present.

Gipson, a white Baptist minister, said he believes all human beings are made in the image of God and have “innate worth” that begins at conception. Mississippi lawmakers tried to protect women and babies by placing limits on abortion, he said.

“I absolutely disagree with the concept that it’s racist or about anything other than saving babies’ lives,” said Gipson, a Republican. “It’s about saving the life of the unborn child and the life and health of the mother, regardless of the color of their skin.”

Lynn Fitch, a white Republican, Mississippi Attorney General said to those who say forcing women to have babies will get them into trouble has been decided.

Fitch, who is divorced, often references her own experiences working outside the home while raising three children. But Fitch grew up in a wealthy family and worked in the legal profession — both factors that can give working women the tools and flexibility to get help raising children.

That is not the case with many minority women in Mississippi or elsewhere. Advocates say that in many places where abortion services are restricted, there is little support for women carrying babies.

Mississippi is one of the poorest states, and people in low-wage jobs often don’t have health insurance. Women can enroll in Medicaid while pregnant, but that coverage disappears shortly after childbirth.

Mississippi has the highest infant mortality rate in the United States, according to the Centers for Disease Control and Prevention. According to the March of Dimes, black infants in Mississippi were about twice as likely to die in their first year of life as white infants.

Across the country, US Census Bureau information analyzed by The Associated Press shows fewer black and Hispanic women have health insurance, particularly in states with strict abortion restrictions. For example, in Texas, Mississippi, and Georgia, at least 16% of black women and 36% of Latinas were uninsured in 2019, some of the highest rates of their kind in the country.

Problems are exacerbated in states without effective reproductive education programs. Mississippi law states that sex education in public schools must emphasize abstinence to avoid pregnancy and sexually transmitted diseases. Discussions about abortion are forbidden, and instructors are not allowed to demonstrate how to use condoms or other contraceptives.

Mississippi director for Planned Parenthood Southeast Tyler Harden is a 26-year-old black woman who had an abortion about five years ago, an experience that propelled her to a career supporting pregnant women and abortion rights preserved.

She said she didn’t learn anything about birth control when she attended public school in rural Mississippi. Instead, a teacher put clear tape on the students’ arms. The girls were told to put it on another classmate’s arm and another and watch as it lost the ability to bond.

“They told you, ‘If you’re having sex, that’s what you are now: You’re like this piece of duct tape — all used up and washed away, and no one would want it,'” Harden said.

When she became pregnant at 21, she knew she wanted an abortion. Her mother battled cancer, and Harden was in her final semester of college, with no job or home after graduation.

She said she was made to feel fear and shame, just like she did during sex ed class. As she walked into the clinic, she said protesters told her she was “killing God’s most precious gift” and that she would “kill a black baby and play with what white supremacists want.”

Harden’s experience is not unusual. The anti-abortion movement has often portrayed the fight against abortion in racist terms.

Outside Mississippi’s only abortion clinic, protesters hand out pamphlets calling abortion “genocide” against black people and saying the late Margaret Sanger, founder of Planned Parenthood and advocate of eugenics, “had a desire to root out minorities.” The pamphlets compare Sanger to Adolf Hitler and proclaim, “Black lives didn’t matter to Margaret Sanger!”

White people are not alone in this argument. Alveda King, an evangelist who is a niece of the Rev. Martin Luther King Jr., is among the black anti-abortion activists who for years have portrayed abortion as a way to wipe out people of their race.

Tanya Britton, a former president of Pro-Life Mississippi, often drives three hours from her home upstate to pray outside the Jackson abortion clinic. Britton is black, and she said it was a tragedy that the number of black babies aborted since Roe is equivalent to the population of several major cities. She also said that people are too casual about terminating pregnancies.

“You just can’t take someone’s life because that’s not comfortable — ‘I want to finish my education,'” Britton said. “You wouldn’t kill your 2-year-old because you were in grad school.”

But Jackson State Rep. Zakiya Summers, who is Black and a mother, suggested there is nothing random about what poor women do. Because they receive little support in Mississippi — for example, the legislature rejected a proposal to expand postpartum Medicaid coverage in 2021 — they are sometimes forced to make difficult decisions.

“Women are just trying to survive out here, you know?” she said. “And Mississippi doesn’t make it any easier.”

After the vote between Roe and Wade, access to contraception could come under scrutiny

The next fight for access to abortion will focus on pills