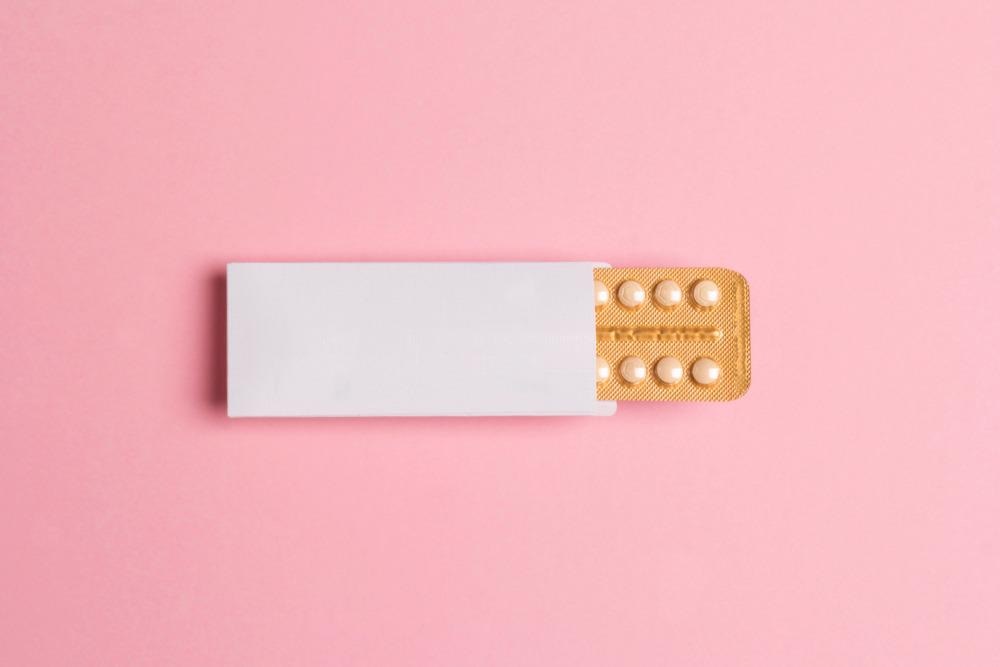 Combined oral contraceptives (OCP) work by inhibiting ovulation at the level of the pituitary and hypothalamus by suppressing gonadotropin secretion.

The estrogen component prevents the increase in follicle stimulating hormone (FSH) and thus inhibits the formation of a dominant follicle. The progestogen molecule inhibits the secretion of luteinizing hormone (LH), thus preventing the LH surge from occurring. Both together prevent ovulation.

The endometrial glands show atrophy and the uterus is not receptive to implantation when fertilization occurs. Additional contraceptive effects are caused by changing the properties of the cervical mucus, which becomes thick and impermeable. This prevents sperm from swimming up to reach the uterine cavity and then the fallopian tubes where fertilization occurs.

In addition, tubal motility decreases, which impedes the movement of sperm and ova through the fallopian tube, thus preventing efficient fertilization.

Effective contraception is possible with progestin-only pills, but the addition of estrogen contributes to their effectiveness by preventing follicular development, stabilizing the endometrium, and possibly preventing breakthrough bleeding, which is more common in the former. Estrogen also upregulates estrogen receptors in cells, which can reduce the dose of progesterone.

Long-term and long-term use pills

Conventional oral contraceptives are designed to deliver a low dose of female sex hormones, either estrogen and progesterone combined or progesterone alone, for 21 days, with a fourth week of no hormones. This allows time for the endometrium to detach, known as withdrawal bleeding.

However, this phenomenon is quite different from menstrual bleeding and is not really essential to a woman’s health. For this reason, many scientists in the field of reproductive health have investigated the feasibility and safety of taking birth control pills continuously without monthly withdrawal bleeds.

There are two ways this can be done. One is referred to as permanent contraception, the other as long-term contraception. In the first type, the hormone pills are taken continuously for a year or more, which means there is no withdrawal bleeding. In the second case, the active pills are taken for more than 21 days, which reduces, but does not completely stop, the number of withdrawal bleedings that occur over a year.

Almost every oestrogen-progestogen combined oral contraceptive can be used in one of these two ways. However, there are some formulations available that are specifically designed to provide a longer interval between periods, with active pills being taken for 84 days (12 weeks) or a year.

Mechanisms of action of long-term or long-term use pills

In the typical 28-day pill cycle, active hormones are taken for 21 days, during which time the effect of progesterone on the endometrium is observed. For the next 7 days, the placebo allows for unhindered estrogen action. Since there is no FSH inhibition, estradiol is produced by the ovaries.

This leads to endometrial growth, which is immediately suppressed by the active pills. The aim of permanent or long-term use is therefore to stop the growth of the endometrium and thus prevent withdrawal bleeding. Breakthrough bleeding occurs due to endometrial atrophy and not endometrial detachment because thickened decidualized endometrium cannot be shed.

What are the advantages?

OCPs for continuous or prolonged use are highly effective in preventing pregnancy.

For cyclic OCPs, the pregnancy rate with typical use versus perfect use is 8% and 0.3% per year, respectively, showing that missed pills or other reasons for incomplete use lead to a higher rate of unplanned pregnancies.

The seven-day pill-free period in conventional cycles reduces the pills’ inhibitory effect on ovulation and increases the risk of it occurring with one or more missed pills. The highest risk may be with pills skipped early in the cycle or if the number of days off is increased.

This risk is reduced as there is no interruption in taking active pills and thus less chance of missing the active pill start date. No significant difference in contraceptive efficacy is observed with cyclic versus prolonged or continuous use of OCP.

Breakthrough bleeding is associated with a shift from mostly proliferative endometrium to inactive or benign endometrium, with no evidence of malignant change. The vast majority (95%) of women will have periods again within 60 days of stopping continuous OCP use, and a high percentage – over 80% – became pregnant within a year of stopping this pattern of use.

Delayed periods are beneficial for women suffering from various menstrual-related symptoms such as: B. Heavy, prolonged, painful or frequent periods. This option is also worthwhile for those who, due to a mental or physical disability, find it difficult to keep clean and change tampons and pads.

Conditions that are aggravated by menstruation, such as endometriosis or anemia, can also benefit from this treatment, as can premenstrual bloating, mood swings, premenstrual tension, headaches or breast tenderness. Some women develop migraines and other headaches during the week without active pills, which can be avoided by continuing without a break.

Sometimes, for reasons of convenience, continuous pill-taking is resorted to, e.g. B. when a special event or vacation is planned and the woman does not want to have any bleeding at that time.

What are the risks?

Delaying your period for a long time can lead to a higher rate of breakthrough bleeding, or spotting — bleeding between periods — which can be uncomfortable or embarrassing. This is more common in the first few months of continuous use. As physiology adapts to continuous low-dose treatment, such phenomena typically decrease over time.

Breakthrough bleeding is more likely if the woman does not take birth control pills on time or is also taking medications that speed up the metabolism of hormones in birth control pills. The herbal preparation St. John’s wort has the same effect. In case of vomiting or diarrhea, the pill is less well absorbed, which can lead to breakthrough bleeding due to reduced hormonal effects on the lining of the uterus.

Breakthrough bleeding can usually be prevented by taking the pills carefully and according to plan. A forgotten pill makes it more likely that you will eventually have spotting. Careful tracking of breakthrough bleeding also reveals whether it is decreasing over time as expected.

In the event of uncontrollable breakthrough bleeding, it may be better to return to the typical 21-day cycle with one week of inactive pills before taking the next active hormone pills. Sometimes after at least 21 consecutive days of active pills it is possible to pause for three days to allow bleeding to occur. This should be followed by the active pill for 21 days or more, counting from the fourth day after stopping.

It is important not to stop taking the pill because of disruptive breakthrough bleeding, as this can lead to an unwanted pregnancy.

Continued use of birth control pills can also mask the rare event that pregnancy occurs due to contraceptive failure. Because the universal sign of pregnancy – late periods – is now the norm. For this reason, women who are continuously using birth control should have a pregnancy test if they develop nausea and vomiting without an obvious cause, new breast tenderness, or unusual tiredness.

Certain conditions increase the risk of oral contraceptives. Women who smoke and are older than 35 may find another option more suitable. Women who have just given birth and those with certain cardiovascular health problems, such as: B. hypertension, ischemic heart disease, breast cancer, gallbladder disease, migraine with aura, long-term diabetes or diabetic complications and systemic lupus erythematosus and some liver diseases, the use of oral contraceptives is not recommended.

Conversely, such women are often able to use progestin-only pills except for breast cancer and liver disease. The use of oestrogen-containing oral contraceptives appears to be associated with an increased risk of cervical cancer, which is directly proportional to the total duration of use. This risk begins to decrease when the pills are stopped and returns to baseline about a decade after stopping the pills.

There was a small difference in risk of venous thromboembolism (VTE) between continuous or prolonged use and cycling that was real but small enough that it may not constitute an actual clinical difference.

Certain studies, but not all, also suggest a small increase in the risk of breast cancer in women who have ever taken oral contraceptives that contain estrogen. Progestogen-only pills are not associated with increased rates of either type of cancer.

Continuous use of OCPs is both safe and reliable as a method of contraception, with hormonal and metabolic effects similar to cycling. In women with dysmenorrhea and menstrual symptoms, a reduced period frequency with good patient satisfaction is desirable.

There are no additional contraindications to the use of continuous OCPs than those applying to the use of cyclic OCPs, and endometrial changes are beneficial in the former compared to the latter.