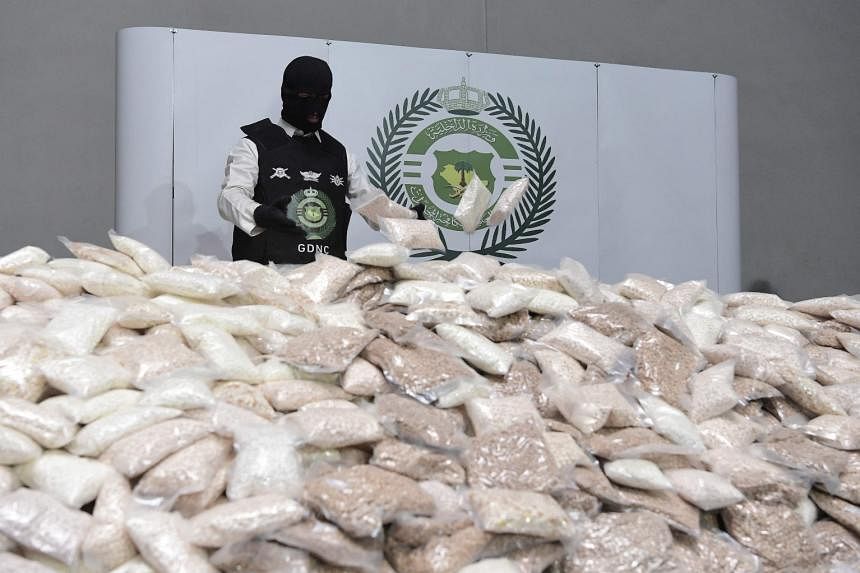 Six Syrians and two Pakistanis were arrested in a raid after the pills hidden in a shipment of flour arrived at a dry port in the capital Riyadh and were taken to a warehouse, the Saudi press agency said.

A spokesman for the Saudi Directorate-General for Narcotics Control said it was the “largest operation of its kind to smuggle this quantity of narcotics into the Kingdom of Saudi Arabia in one operation,” the agency said.

The report did not specify whether the pills were Captagon – the amphetamine wreaking havoc in the Middle East – nor did it say where the pills came from.

Captagon pills are mainly manufactured in Syria and smuggled to large hypermarkets in the Gulf.

Trade with Captagon in the Middle East grew exponentially to exceed US$5 billion (S$7 billion) in 2021, posing an increasing health and safety risk for the region, according to an April report by the New Lines Institute.

Saudi Arabia is the largest Captagon market, and the kingdom’s customs agency seized 119 million of the pills last year.

On Tuesday, the Saudi ambassador to Beirut, Waleed Bukhari, told reporters that the kingdom had seized over 700 million narcotic pills that entered its territory via Lebanon over the past eight years.