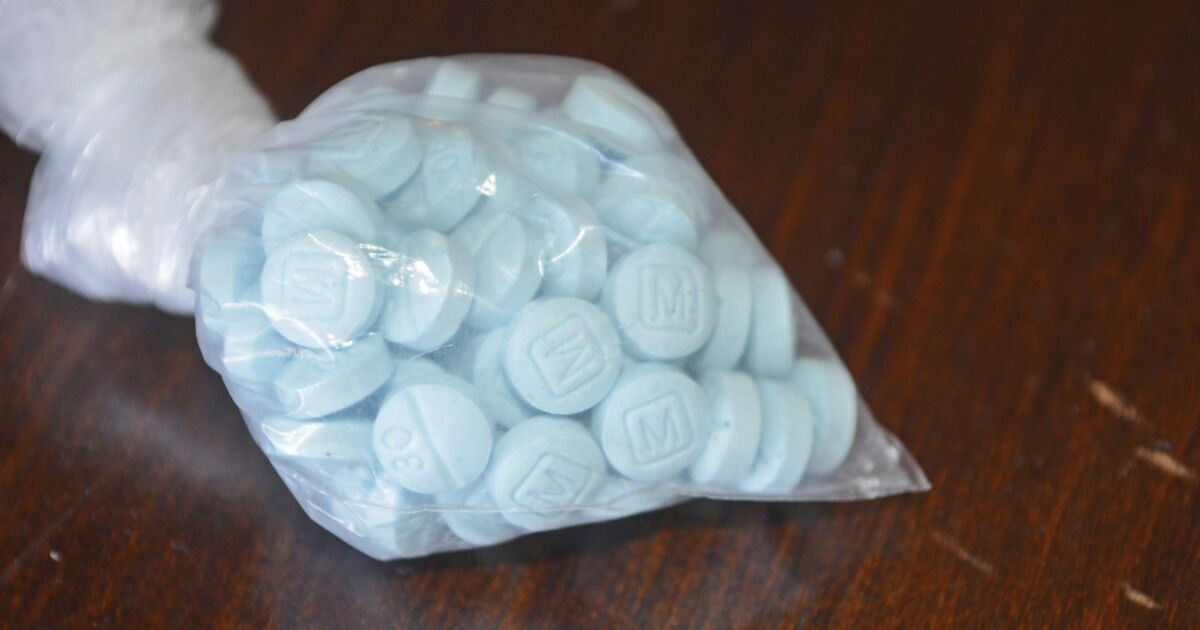 A Riverside High School student was resuscitated on campus after overdosing on a fentanyl-laced pill she believed was oxycodone, police said Thursday.

The Arlington High School student – whose name and age were not released – began experiencing a medical episode in a school office on Oct. 20 and stopped breathing, according to the Riverside Police Department.

School officials and a Riverside Police school worker on campus performed CPR on the girl and used an AED defibrillator to revive her, according to police.

The girl started breathing again and emergency workers administered narcan to her when they arrived, which helped her regain consciousness, police said.

Investigation by the school’s resource officer found the student had purchased what she believed to be an M30 pill, a “suspected counterfeit oxycodone pill containing fentanyl,” the department said.

She bought the pill via social media and had it delivered to her home, police said.

Detectives following the investigation arrested two people for selling the pill to the girl, although their names and ages were not released.

“This investigation reinforces the ongoing collective effort to educate our community, and especially our youth, about the dangerous consequences that fentanyl and other narcotics are responsible for,” said Riverside Police Chief Larry Gonzalez.

Overdoses have plagued Southern California high schools this year seven LAUSD students overdosed on pills which may not have contained fentanyl until September, police said.

“Students and families need to know that fentanyl is real and deadly,” Walker said.

Jane Fonda: GA Nonprofit’s work is “much more important” according to Roe.