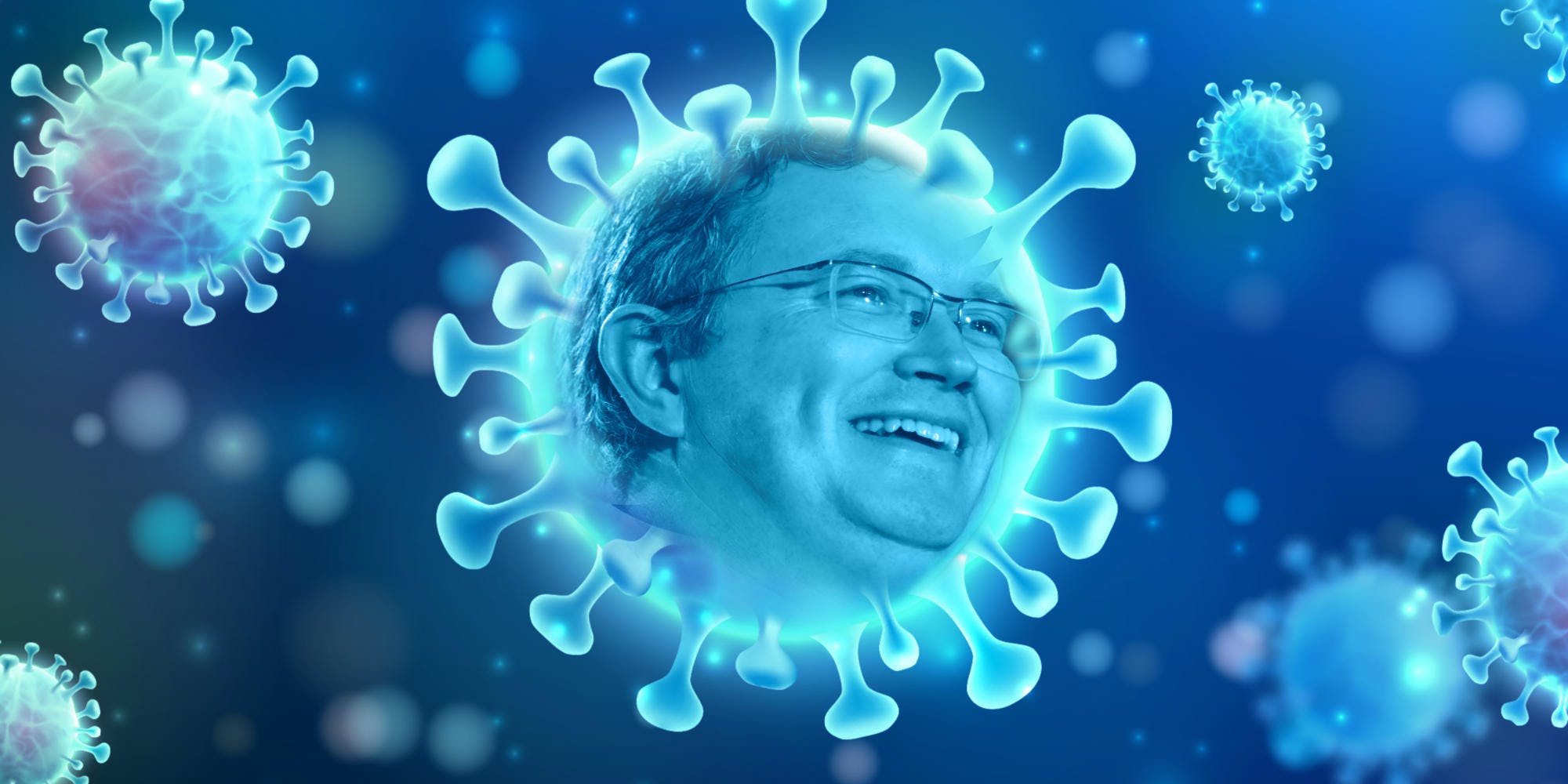 A Republican congressman is being laughed at online for linking COVID-19 deaths to Medicare.

On Wednesday, Rep. Thomas Massie (R-Ky.) tweeted, “Over 70% of Americans who died from COVID died on Medicare, and some people want #MedicareForAll?”

Massie is apparently implying that these people might have survived if they hadn’t been on Medicare.

Medicare is government health insurance for people over the age of 65.

PBS reports that 75% of people who died from COVID were aged 65 or older. Older people are more likely to have comorbidities that are associated with an increased risk of dying from the virus. As we age, our immune systems also weaken, making it harder for our bodies to fight infections.

Obviously, none of this has anything to do with Medicare.

Despite this, Massie tried to use the COVID mortality rate among the elderly to undermine support for socialized medicine or single-payer healthcare.

It didn’t go well. People didn’t waste time dragging him into the comments.

For some, it went back to his recent tweet, in which he misattributed a neo-Nazi quote to French philosopher Voltaire.

Many demonstrated the fallacy behind Massie’s argument by making similar arguments that confused correlation with causation.

“People who die from heart attacks have typically eaten meals within 24 hours of death,” @EdgeOfSports answered. “AND WE WANT FOOD FOR EVERYONE?!?!?!?!?”

“And you know, 100% have also breathed air at some point in their lives. What to do about it? added @Weinsteinlaw.

There were a lot of memes in the replies.

Several wondered how Massie managed to graduate from the Massachusetts Institute of Technology.

There were also some questions about his qualifications as an elected official.

“So they had health insurance and their families won’t be left with crushing hospital debt after they die?” @Golfgate tweeted. “Not sure if this is the flex you think it is.”

“I don’t think Medicare is a comorbidity.” added @Dreamweasel.

Claire Goforth is a staff writer at the Daily Dot, covering all things politics and technology, with a focus on far-right and conspiracy theories.