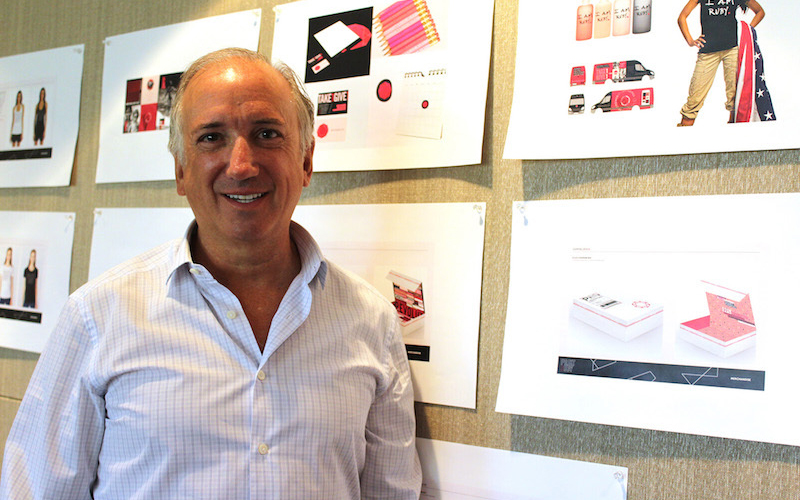 Inspired by his daughters, Peter Ax founded PRJKT RUBY in 2015 to provide contraceptives to needy women in the US and disadvantaged countries. (Photo courtesy of PRJKT RUBY)

PHOENIX – Seven years ago, inspired by his daughters, Arizona resident Peter Ax created a discreet and easy way to bring birth control to needy women across the United States and donate money to improve reproductive care in developing countries.

PRJKT RUBY offers online consultations and oral contraceptives for $20 a month for those who may not have insurance or an existing prescription. For every month of contraceptives purchased, the organization donates 25 cents to support access to contraceptives in other countries.

The goal is to prevent unwanted pregnancies, said Ax, CEO of Scottsdale-based UpScript Health. According to the World Health Organization, 74 million women in low- and middle-income countries become unintended pregnant each year, resulting in an estimated 25 million unsafe abortions and 47,000 maternal deaths worldwide.

Ax spoke to Cronkite News about his initiative and what it does for women’s health here and around the world.

My daughters . We talked about the idea that a woman’s economic position in life and social position in life is really largely determined by when she decides to have children. Access to birth control was scarce in these regions of the world. So people had babies so young that they lived in poverty all the time and never got out of the cycle of poverty.

This was really just a broad discussion with my kids and it got them thinking, “Is there something we can do?”

That was the birth of PRJKT RUBY. It really was that conversation for my kids.

How does PRJKT RUBY work and who do you help?

In the early stages of PRJKT RUBY, we primarily sold generic oral contraceptives to young women in the United States. We did this via a $20 per month subscription model. Basically a young woman could have access to oral contraceptives and she would see a doctor of ours online and make a telemedicine visit leading to a prescription. If it led to a prescription, the young woman could then order the product from us, and we ship every three months.

It is a kind of closed system of online telemedicine visit and fulfillment in a single interaction. … For every birth control cycle sold to someone in the US, we set aside 25 cents per cycle. We store this money in a 501(c)3, which we then distribute to healthcare centers around the world. In recent years we have also started doing this in the USA.

Why is it important that women have access to affordable contraception?

It’s a really important thing for what I personally believe in. I believe of my own daughters that having access to birth control gives them the freedom to live wonderful lives and do what they want, how they want. They can choose to start a family whenever they want. …

What are the goals of PRJKT RUBY?

PRJKT RUBY has simply grown steadily. … We continue to add product lines to the store. … It was only oral contraceptives. Now we’re getting involved in much more important areas of women’s health. We will continue to generate profits and a portion will always go to charities that we believe are relevant to PRJKT RUBY’s mission. …

Quite simply, part of the business mission is to do the right things for young women.

What does the future of PRJKT RUBY look like?

We will continue to expand in product lines. This year we will look at treating urinary tract infections and all kinds of women’s health treatments, including some skin care elements.

We’re really going to become a much broader platform for young women. We see a real opportunity and a real need in this, and we will continue to do so from a telemedicine perspective.