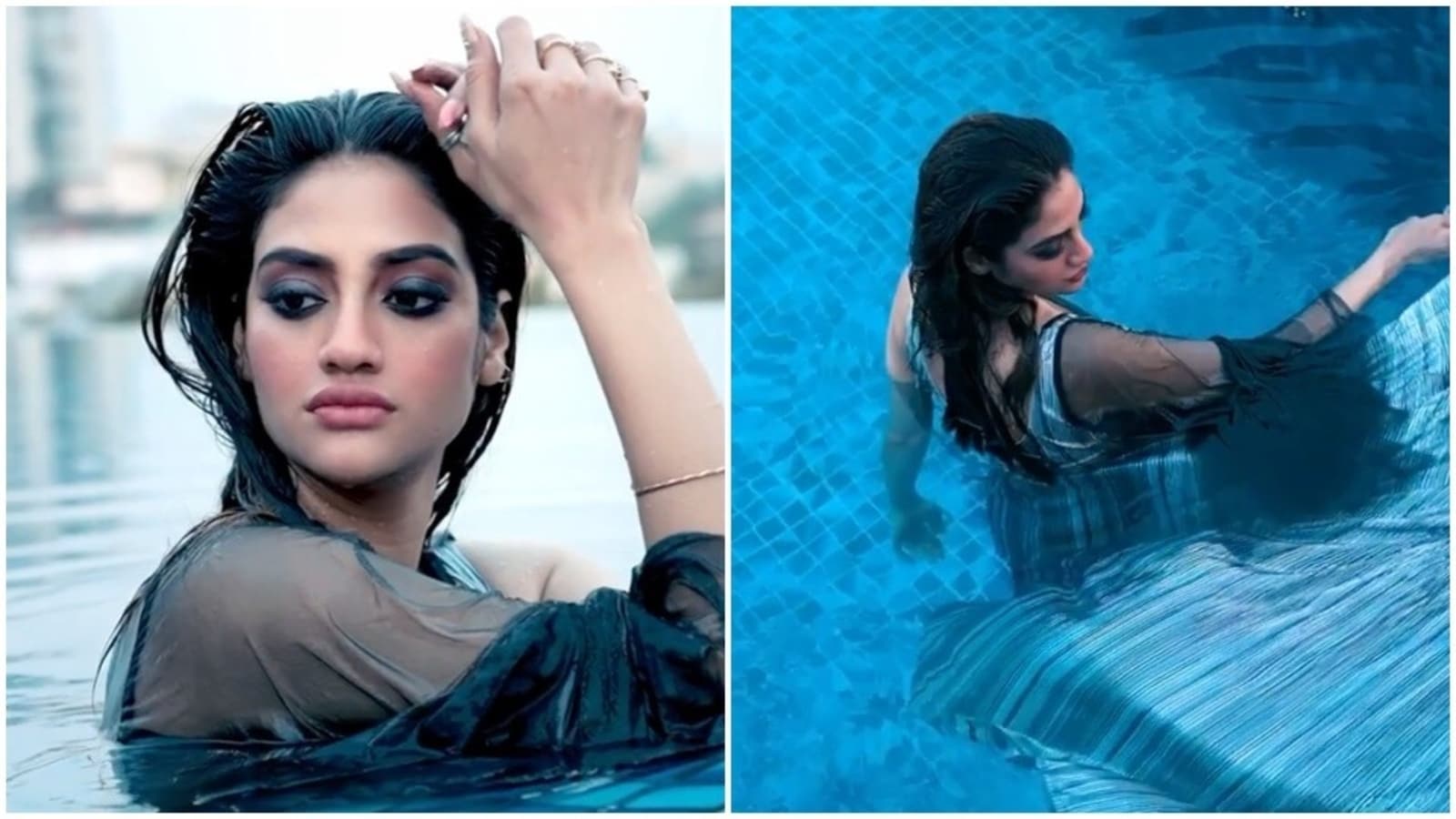 The actress and member of the Trinamool Congress, Nusrat Jahan, entertained her fans with new posts on Instagram. On Wednesday, she shared a video from a new photo shoot posing in a swimming pool.

Nusrat Jahan, pregnant with her first baby, can be seen in a black and blue outfit and posing in a swimming pool. She has heavy makeup with smoky eyes and bare, matte lips. She shared the video and wrote, “No Risk â€¢ No Story”.

Her fans also showered her with love. “Beautiful pictures,” wrote one fan. “Wonderful, the power that she has,” commented another. Also on Wednesday, Nusrat shared pictures of herself taking care of her plants. â€œYou have the power to make yourself feel good,â€ she headed her post. On Monday, Nusrat also shared a photo of herself in a saree while promoting a brand of oral contraceptives.

While Nusrat didn’t publicly announce her pregnancy, a picture of her baby bump went viral earlier this month. On Sunday she shared pictures of herself rocking her baby bump and wrote, “Kindness changes everything.”

Nusrat is currently embroiled in a controversy over her marital status. She has claimed that her marriage in Turkey to businessman Nikhil Jain in 2019 is not valid under Indian law. “Because it was an interfaith marriage, India needs validation under the Special Marriage Act, which it has not. The law says it is not a marriage, but a relationship or cohabitation,” she said.

Also read: Neena Gupta says that “Shabana Azmi, Smita Patil, Deepti Naval” all have leading roles: “We have nothing”

However, Nikhil said she avoided his marriage registration requests. You had married Jain at a wedding in Bodrum, Turkey in 2019, in which only a few attended.

Nusrat is now reportedly dating Yash Dasgupta, candidate for the actors’ assembly election. They will be seen together in the Bengali film SOS Kolkata, the shooting of which took place in August 2020.