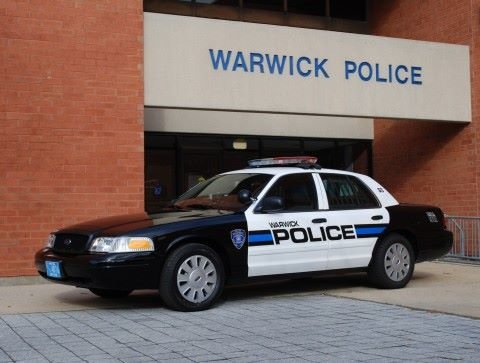 At approximately 7:50 p.m. Sunday, September 18, the Warwick Police Department reported a motorcycle accident at the intersection of West Shore Road and Main Avenue.

Warwick Police officers arrived at the scene to learn that a male driver was traveling east on Main Avenue in the left lane. The motorcyclist appears to have been trying to make a left turn onto West Shore Road when he lost control of the motorcycle, hit the curb and was thrown from the motorcycle, according to a department press release.

The operator was found unconscious and appeared to have sustained serious head injuries, police said.

According to police, who identified him as Keith Burr from Warwick, the driver was not wearing a helmet at the time of the accident.

Burr was taken to Rhode Island Hospital, where he is in serious condition, police said.

The Warwick Police Accident Reconstruction Team responded to the crime scene and is actively investigating. Anyone who witnessed the accident is asked to contact the traffic unit at 401-468-4200.

At 6:21 a.m. on September 3, Warwick Police Officer Charles M. Walker was at a fixed traffic post on Elmwood Avenue when he observed a white Nissan Maxima sedan “speeding by and possibly looking down at a cell Phone.”

Walker followed the vehicle and ran the license plates, which allegedly went back to a 2003 Ford (not matching the Nissan). Walker initiated a traffic stop near Seasons Corner Market, 2128 Elmwood Ave.

“As I got out of my vehicle, the driver rolled down his windows and put both hands out of the window,” Walker wrote in the arrest report. “As I walked to the vehicle I asked the driver why he had his hands out the window to which he explained it was for safety reasons.”

Walker asked for the driver’s license, registration and proof of insurance. He could not produce a license and said it was suspended.

Gould produced a bill of sale for the car, but it was dated July.

Police confirmed that this would be Gould’s third arrest for driving while his license was suspended, a misdemeanor.

Additional Warwick Police units arrived at the scene and Gould was asked to get out of the vehicle.

“I asked Andrew what was in the pill bottle and he said it should be crushed with a straw,” Walker wrote. “When I opened the bottle of pills, I noticed that there were two bags of white powder and a piece of straw that I had cut off.”

Police say they also found a blue pill (possibly Adderall) loose in Gould’s pocket, and the driver had no proof of prescription. Police continued the search and then allegedly found “a plethora of yellow pills (7) loose in his pocket.” Police identified the pills as diazepam.

A search of a motor vehicle allegedly found two prescription bottles of methadone in a locker, according to police.

Gould was arrested and charged with possession of a Schedule IV controlled substance (10 grams or less) and driving with a suspended driver’s license (third offense, misdemeanor).

“BCI tested and weighed the white powder and confirmed that there is a trace amount of fentanyl weighing 2.5 grams,” Walker wrote.

Gould also received a subpoena for improper use of the registry or certificate of ownership.

At approximately 10:51 p.m. on August 21, Warwick Police Officer Jake R. Reddy responded to the Masthead Drive area after a motor vehicle accident was reported with no injuries.

Upon arrival, he approached one of the drivers, later identified as Michelle Botelho, 23, of 117 Setian Way, West Warwick.

“As soon as I spoke to Botelho, I could smell an alcoholic beverage coming from her mouth,” Reddy wrote in the arrest report. “I observed that her eyes were bloodshot and watery.”

“I had to ask Botelho several times to explain the sequence of events leading up to the collision of the two vehicles and she was unable to give me a meaningful explanation,” Reddy wrote.

Botelho reportedly told police that she had “four drinks on her boat,” according to the arrest report.

She agreed to a series of standardized on-site sobriety tests. Upon completion of the tests, Botelho was arrested and taken back to Warwick Police Headquarters. She was charged with DUI of Liquor (BAC unknown, first offense) and received a subpoena for refusing to submit to a chemical test (first offense). She was discharged from the station to a sober adult.