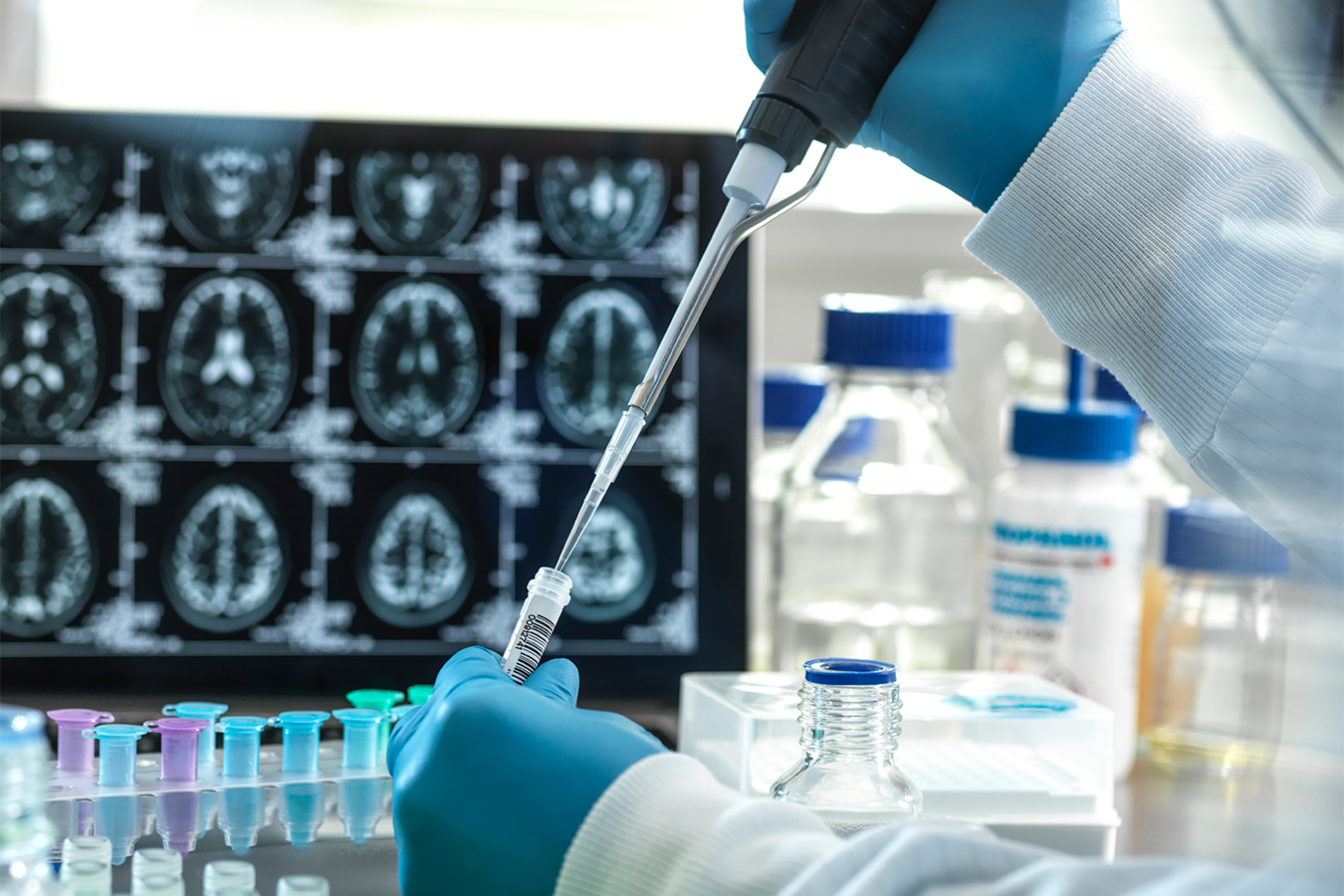 Patients at odds over Alzheimer’s drug: Is it a ‘risk I’m willing to take’ or just a ‘magic pill’?

If you listen to the nation’s largest advocacy organizations for Alzheimer’s disease, you might think that everyone living with Alzheimer’s would want full access to Aduhelm, a controversial new treatment.

But you would be wrong.

Opinions about Aduhelm (aka aducanumab) in the dementia community are diverse, ranging from “we want the government to cover this drug” to “we are concerned about this drug and think it should be investigated further”.

The Alzheimer’s Association and UsAgainstAlzheimer’s, the most influential advocacy groups in this field, are located in the former camp.

Both are pushing for Medicare to cover Aduhelm’s $28,000 annual cost and strongly oppose the Centers for Medicare & Medicaid Services. January proposal to limit insurance coverage only to persons participating in clinical trials. Nearly 10,000 comments were received on this proposal and a final decision is expected in April.

“With all due respect, we have no more time for debate or delay,” the Alzheimer’s Association National Early-Stage Advisory Group wrote in a Feb. 10 comment. “Each day that passes without access to potential treatments exposes us to a future of irreversible decline.” For his part, UsAgainstAlzheimer called CMS’ proposal “anti-patient.”

However, the scientific evidence behind Aduhelm is inconclusive, its effectiveness in preventing Alzheimer’s progression remains unproven, and there are concerns about its safety. The FDA Accelerated approval granted on the drug last June, but ordered drugmaker Biogen to conduct a new clinical trial to test its usefulness. And the agency’s decision came despite a 10-0 recommendation from its scientific advisory board. (One committee member abstained, citing uncertainty.)

Other organizations representing people with dementia are more cautious and are calling for more research into Aduhelm’s effectiveness and possible side effects. More than 40% of people taking the drug experience swelling or bleeding in the brain — complications that need careful monitoring.

This also includes the Dementia Action Alliance, which supports people with dementia. In a statement sent to me by CEO Karen Love, the organization said, “DAA strongly supports CMS’ decision to restrict access to aducanumab to individuals participating in qualifying clinical trials to better understand the efficacy and side effects of aducanumab to investigate.”

Meanwhile, Dementia Alliance International – the world’s largest organization by and for people living with dementia with more than 5,000 members – has not taken a position on Aduhelm. “We felt that a statement on one side or the other would divide our organization,” said Diana Blackwelder, its treasurer, who lives in Washington, DC

The 60-year-old Blackwelder, who was diagnosed with early-stage Alzheimer’s in 2017, told me: “To say that millions of people affected by a disease are opposed to CMS’ proposal is simply wrong. We are all individuals, not a collective.”

“I understand the need for hope,” she said, expressing her personal opinion, “but people with dementia also need protection. This drug has very serious, common side effects. My concern is that whatever CMS decides they will at least put some guard rails in place so that people taking this drug receive proper investigation and monitoring.”

The debate over Medicare’s decision on Aduhelm is critical because most people with Alzheimer’s are elderly or severely disabled and are covered by the state health program.

To learn more, I spoke to several people living with dementia. Here’s some of what they told me:

Jay Reinstein, 60, is married and lives in Raleigh, North Carolina. He was diagnosed with early-onset Alzheimer’s disease three years ago and formerly served on the National Board of Directors of the Alzheimer’s Association.

“I understand [Aduhelm] It’s controversial, but for me it’s a risk I’m willing to take because there’s nothing else out there,” Reinstein said, noting that people he met through support groups made progress in their illness very quickly. “Even if it’s a 10 percent chance of slowing down [Alzheimer’s] Shortened by six months, I’m still willing to take it. As I progress slowly, I want more time.”

Laurie Scherrer from Albertville, Alabama, was diagnosed with early-stage Alzheimer’s and frontotemporal dementia 2013 at the age of 55.

Early on, she was prescribed Aricept (donepezil), one of a Handful of medicines treat Alzheimer’s symptoms. “I got totally confused and disoriented, I couldn’t think, I couldn’t concentrate,” she told me. After stopping the drug, these symptoms disappeared.

“I am not in favor of CMS approving this drug and I would not take it,” Scherrer said. At discussions on Aduhelm, which were organized by the Action Alliance for Dementia (Scherrer is on the board), only two out of 50 participants wanted the drug to be made generally available. The reason, she said, “They don’t think there are enough benefits to counteract the potential harm.”

Rebecca Chop, 69, of Broomfield, Colorado, was diagnosed with early onset Alzheimer’s in March 2019. She is a former Chancellor of the University of Denver.

Chopp is part of a newly formed group of five people with dementia who want to meet regularly, “support each other” and “tell the story of Alzheimer’s from our perspective,” she said.

Two people in the group have taken Aduhelm and both report that it has improved their well-being. “I believe in science and I have great respect for the large number of scientists who think so [Aduhelm] shouldn’t have been approved,” she told me. “But I’m just as compassionate to those who are in despair and who feel this [drug] could help them.”

Chopp opposes CMS’ decision because “Aduhelm has been cleared by the FDA and I think it should be funded for those who choose to do so.”

Johanna Fix, 53, of Colorado Springs, was diagnosed with early-onset Alzheimer’s disease in October 2016. She, too, developed serious complications after taking Aricept and another dementia drug, Namenda (memantine).

“I would love it if tomorrow someone said, ‘Here’s something that can heal you,’ but I don’t think we’re there with Aduhelm,” Fix told me. “We didn’t look at it [drug] long enough. It feels like you’re only doing something about the disease because there’s nothing else to do.”

“Please, please take it from someone living with this condition: there’s more to life than taking a magic pill,” Fix continued. “I only care about my quality of life. My marriage. Education and help for other people with dementia. And what I can still achieve in everyday life.”

Phil Gutis, 60, from Solebury, Pennsylvania, participated in clinical trials and took Aduhelm for 5½ years after being diagnosed with early stage Alzheimer’s in 2016.

He is convinced that the drug helped him. “I don’t know how to describe it other than to say my head feels so much clearer now,” he told me. “I feel much more capable of doing things now. It’s not like I got my memories back, but I certainly haven’t deteriorated.”

Gutis believes that CMS’ proposed restrictions on Aduhelm are misguided. “When the FDA approved it, there was this sense of excitement – oh, we’re getting somewhere. I have the feeling that with the CMS decision we are setting the field back again. It’s that constant feeling of progress being made and then – hit.”

Christine Thelker, 62, is a widow living alone in Vernon, British Columbia. She was diagnosed with vascular dementia seven years ago and is a board member of Dementia Advocacy Canada, which supports restrictions on the availability of Aduhelm.

“Most of us living with dementia understand that a cure is unlikely: there are too many different types of dementia and it’s just too complicated,” Thelker told me. “To think that we can just take a pill and get better is not realistic. Don’t give us false hopes.”

Instead, what people with Alzheimer’s and other types of dementia need are “various types of rehabilitation and support that can improve our quality of life and help us maintain a sense of hope and purpose,” Thelker said.

Jim Taylor from New York City and Sherman, Connecticut, cares for his wife Geri Taylor, 78, who has moderate Alzheimer’s disease. She entered a clinical trial for Aduhelm in 2015 and has been taking the drug ever since, except for about 12 months when Biogen temporarily halted the clinical trial. “During this period, her short-term memory and communication skills declined noticeably,” said Jim Taylor.

“We believe the drug is a good thing, even though we know it won’t work for everyone,” Taylor continued. “It really gives me a boost [Geri’s] Ghosts to think she’s part of the research and doing all she can.

“If it’s helpful for some and can be monitored so that side effects are caught in a timely manner, then I think so [Aduhelm] should be available. That decision should be left to the person with the condition and their care partner.”