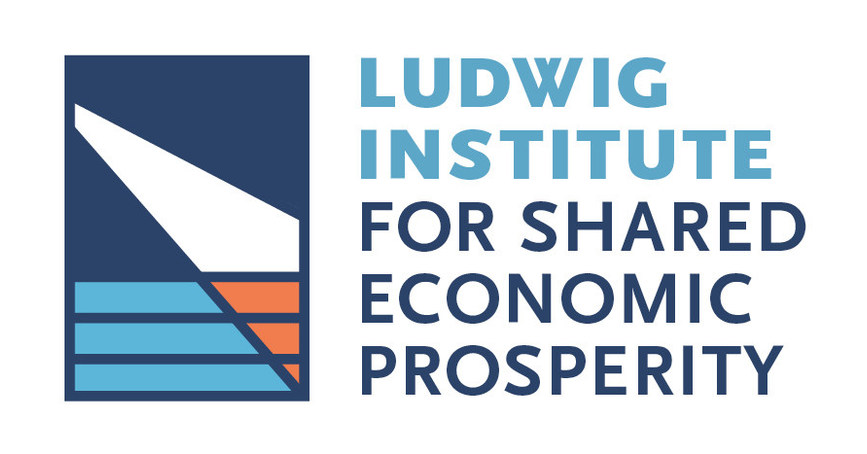 WASHINGTON, March 2, 2022 /PRNewswire/ — Former Comptroller of the United States and current LISEP Chairman Gene Ludwig and NACA CEO Bruce Marks today announced a groundbreaking loan program for minority-owned companies. Economic Justice Loans will be a model for financial institutions, financial regulators and government to address the economic inequality created by the long-term inability to access capital on favorable terms. This program provides fixed, low-interest loans to people without wealth and poor credit who have been subjected to systematic racism.

Economic Justice Loans offer some of the best small business loan terms available anywhere. Borrowers get it extraordinarily cheap 3% fixed interest rate, no fees or closing costs and other favorable terms tailored to the needs of the individual borrower. Community peer lending committees meet with each borrower to assess the viability of the loan application regardless of their creditworthiness. Borrowers must demonstrate how their loans positively impact their communities or address economic and social inequalities. The loans are available to borrowers nationwide, and funds are disbursed to borrowers quickly without the lengthy paperwork, prohibitive loan and collateral requirements, fees, and other obstacles that traditional lending programs require. Borrowers can apply for the loans here: www.economicjusticeloans.com.

“Low- and middle-income Americans, and minority groups in particular, have long struggled to obtain capital on anything other than usurious terms, with onerous interest rates and outrageous fees,” said Ludwig, chair of the Ludwig Institute for Shared Economic Prosperity (LISEP). “LISEP is partnering with NACA on this innovative lending program to show that capital for people who are not wealthy doesn’t have to send them further down the economic ladder. Our goal is the opposite. These loans will help people build businesses and improve neighborhoods without burdening them with piles of unpayable debt.”

Minority-owned companies and start-up entrepreneurs face multiple capital barriers due to a history of discrimination in lending, including structural discrimination that has blocked the ability to build generational wealth.

“This lending model forms the basis for hundreds of millions of dollars in additional lending,” he said Bruce Marks, CEO and Founder of NACA, the Neighborhood Assistance Corporation of America. “We learned that if you build it, they will come. NACA’s best mortgage in America targeting underserved communities started with a few million dollar commitment and is now over 20 billion dollars. We expect the same outcome with exceptional conditions and a community-based decision-making process built into the Economic Justice Loans program.”

backgroundEconomic Justice Loans offer a new source of financial relief for businesses in low- and middle-income communities. The program seeks to overcome capital barriers by providing readily available and affordable funds to start, grow or expand minority-owned small businesses or improve neighborhoods. These barriers abounded. the 2021 Small Business Credit Survey, released by the US Federal Reserve, revealed that in 2019 and 2020, companies owned by people of color were less likely to be approved for funding. Only 13% of black-owned businesses that applied for funding were approved, versus 40% of white-owned businesses. Even among companies with good credit ratings, black-owned companies were still half as likely to receive financing as white-owned companies. This reality emerges from centuries of blatant discrimination, including the atrocities of 20th-century redlining, which has eroded the black community’s ability to build wealth. And for those who had no other financing options besides payday loans, borrowers in 2020 faced nearly 400% interest on a two-week loan, according to the Consumer Financial Protection Bureau.

About LISEPLISEP was created in 2019 by Gene Ludwig and his wife dr. Karl Ludwig. LISEP’s mission is to improve the economic well-being of middle- and low-income Americans through research and education, and to advance dialogue on policy solutions to improve the well-being of all Americans. Ludwig, who founded the Promontory family of companies, served as a United States Comptroller from 1993-1998. He is also the author of the book The Vanishing American Dream, which examines the economic challenges faced by low- and middle-income Americans. It was published in Sept 2020 by Disruption Books. On twitter: @geneludwig.

NACA (NEIGHBORHOOD ASSISTANCE CORPORATION OF AMERICA) Established in 1988, NACA is the largest HUD-licensed nonprofit, community advocacy, and homeownership organization in The United States. NACA is at the forefront of the fight against predatory lending and is the most effective organization in providing affordable solutions to over 250,000 homeowners. NACA offers the best mortgages in the country through its 48 offices nationwide. Founder and CEO of NACA Bruce Marks called himself Bostonian of the Year for 2007 for his work in getting the big lenders and service providers to change home loans. He has also testified before Congress on numerous occasions, including September 12, 2000, and is one of the few sounding the alarm about the impending mortgage crisis. For more information, please visit www.naca.com.

A doctor’s insight into causes, symptoms and prevention