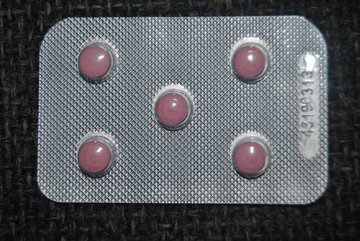 The Uganda National Drug Authority (NDA) has halted the sale of an illegal Chinese contraceptive.

“We have noted with concern the sale of an illegal Chinese pill that is on the black market and used as a contraceptive pill,” said Dr. David Nahamya, the secretary of the agency.

According to Nahamya, the pill contains high doses of the hormones, above recommended dosages, and poses serious risks.

“We advise the public NOT to consume this impure product.”

In a statement on Friday, the agency said the unapproved pill is being sold on the black market.

“The packaging, labeling and leaflet of the Chinese pill are in Chinese, except for the listed ingredients – levonorgestrel and quinestrol.”

Nahamya said the pill’s side effects also manifest themselves in babies born to mothers.

“Adverse effects include secondary sex characteristics such as precocious puberty. The NDA is urging all drug outlets or people immediately to stop stocking and selling the Chinese pill.”

“The NDA’s post-market surveillance and enforcement units are on full alert to take regulatory action against this illegality. The NDA advises the public to stop consuming this product as its safety and quality cannot be guaranteed,” he added.

How to get the morning-after pill or abortion medication