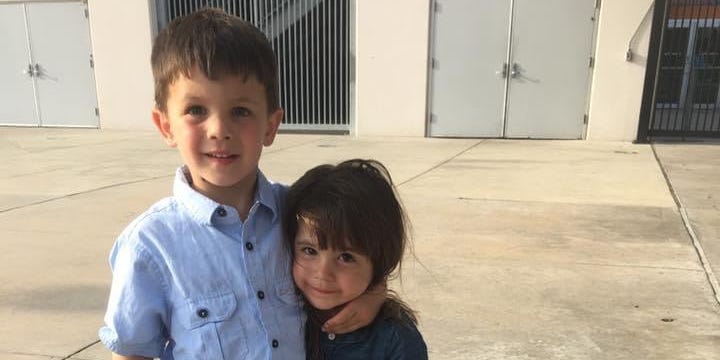 Mom wishes she had never moved from New York to Texas

It’s up to me to teach my kids what a real pine tree is, with its graceful triangular shape and long branches, under which I would build forts at my parents’ house in New York.

The perspective has changed significantly in the last five years. My children were born in New York City. As toddlers, they played at the American Museum of Natural History, took baby music classes on the Upper East Side, chewed on street pretzels, and threw leaves in the air in Central Park.

I originally expected to be a mom in Manhattan, but over the years I have come to accept that they are now southern kids living in Houston, Texas.

They wear shorts year-round, wear sunshine on their skin, crave Whataburgers, have never built a snowman, and look forward to Go Texan Day, dressed in boots, vests, and hats — that’s twice a year in my mind Halloween.

Moving from a comfortable life in Manhattan to Houston, my ex’s hometown, wasn’t my idea. I thought it was supposed to be temporary but I was wrong.

Texas showed me BBQ festivals, square dancing, bluebonnets, and the failures of my marriage. Now with a Texas divorce decree and the kids settled down with friends and activities at school, it seems like I’ll be stuck here forever, or at least until my kids grow up.

It wasn’t until after the divorce that I realized the severity of the hurricane season and flooding as I watched rainwater rush into the bayou behind my apartment. I felt confused trying to figure out what supplies I needed. I knew streams, canals, rivers and ditches. A bayou — a muddy, slow-moving waterway system — is definitely not the Hudson River, not with soft, drooping banks that barely stand up to a rainstorm. Since a gentle Texan rain can turn into a torrential downpour in minutes, I deliberately chose the second floor.

There are also experiences that remind me I’m in Texas, like the skin of a dead snake getting tangled in my daughter’s scooter wheels, a “beware of alligators” sign in a playground, sightings of armadillos, a shortage on roadsides and guns – and – ammo signs next to a pet shop.

I worry about the safety of my children wherever they go while living in a state with historically lax gun laws. I worry about what women’s health will be like for my daughter’s generation. I’m debating how young I’ll tell her about birth control because this state opposes women’s access to care and treatment.

In my grief and displacement, I see my children as half New Yorkers. The zip code they were born in is meant to remind them that there’s a whole world out there beyond the Lone Star State.

I will always crave a big fat sugar maple leaf. The tall loblolly jaw still raises my eyebrows. I’ll forever yearn for an orange-maroon foliage horizon, but for the sake of my kids, I’m focused on somehow making Texas mine.

I know my children won’t have northern childhood memories like I did and that brings sadness, but I can’t retreat from where I come from. Although I never planned to be here, you can have both and it’s up to me to share the beauty of both places with you despite the differences.