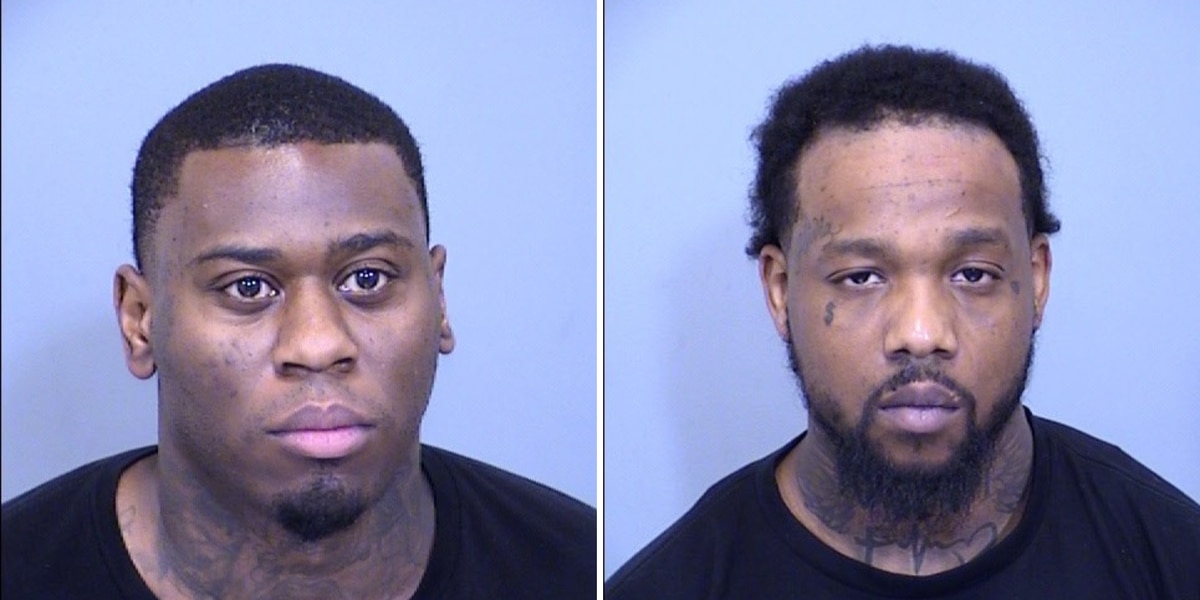 On April 20, Mesa Police received information that employees at the Green Trail Smoke Shop near University Drive and Ext Road were selling fentanyl pills to customers. The investigation began May 12, and Williams reportedly sold 100 pills to a police officer. Court documents say the undercover officer bought another 250 pills from Thornton on June 1, and Williams sold another 1,000 pills eight days later. However, at one sale, the officer saw Williams take the money and stamp numbers in the cash register “as if he was making a sale, but then put the money in his pocket and kept the money,” court documents said.

Investigators say Thornton sold the undercover officer 300 more pills on June 15. Court documents say Thornton also told the officer during the sale that he ships 20,000 pills a week to New York and Virginia. The police officer returned to the store six times during the investigation between June and October. Thornton reportedly sold the officer 7,000 pills during that period. During a June 21 sale, he gave the officer over 15 grams of marijuana and over 12 grams of cocaine as “sample,” court documents said.

On October 20, Thornton was arrested at his home in Gilbert and Williams during a traffic stop in Chandler. Officers searched Thornton’s home and reportedly found prescription bottles of pills and several weapons, including a rifle. William’s car was also searched, and police reportedly found marijuana, pills and cocaine.

During an interview with police, court documents said Thornton told officers he had a friend who owed the cartel $700,000. He said his friend died, and now the cartel has told him he “must pay what’s owed,” investigators said. He then reportedly told officers that a man was bringing the pills into the store and he had been selling them for seven months. Officers also interviewed Williams, who police said initially denied selling drugs, saying they were vitamins. But when officers said they had evidence against him, Williams admitted to selling pills on a number of occasions.

Thornton and Williams were charged with drug possession, money laundering, conspiracy and drug sales, among other charges.

What is on the ballot paper for the 2022 federal election?