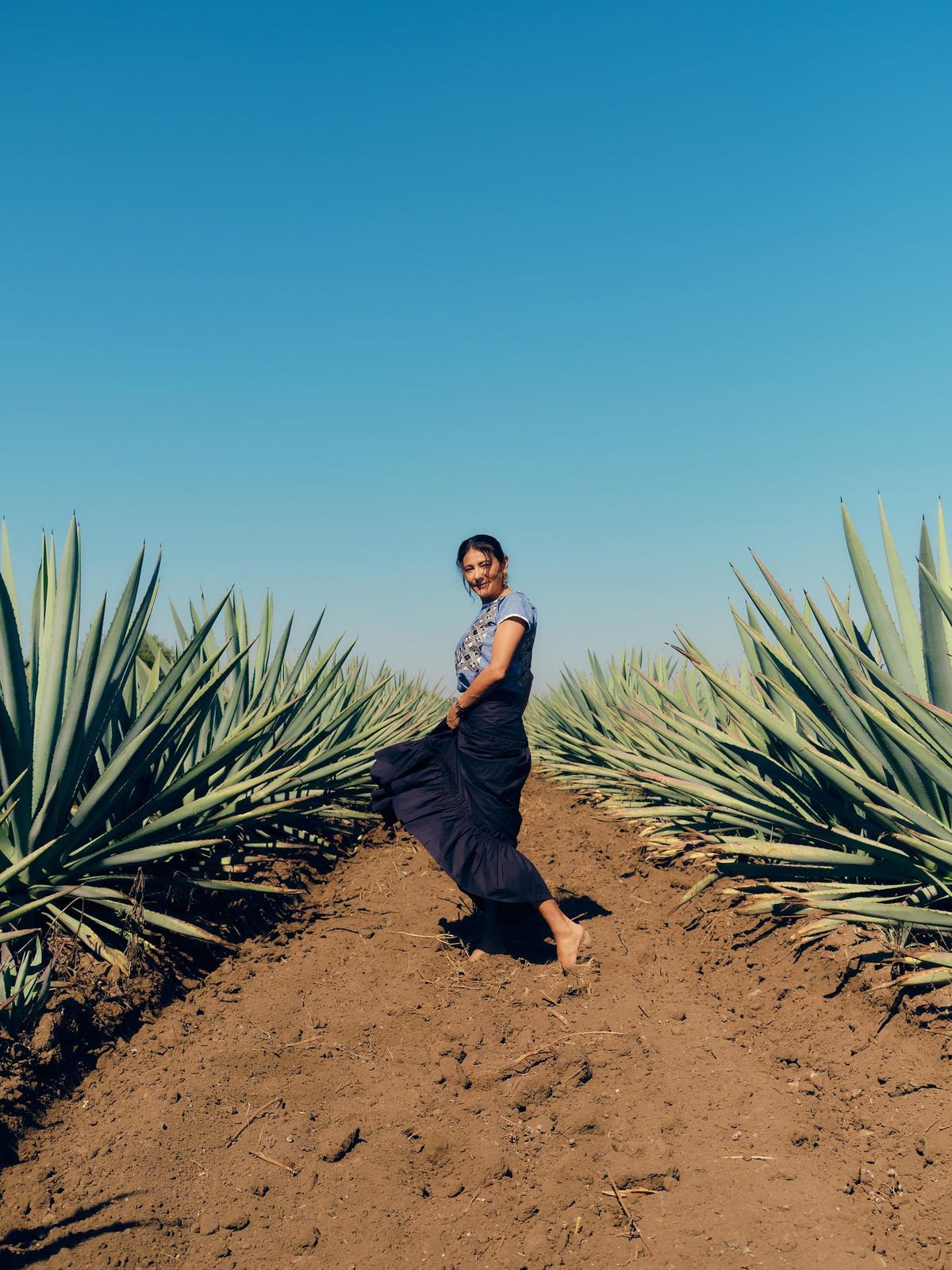 Meet the woman who is reinventing the Mexican “spirit”

It’s the dry heat of Oaxaca that makes the agave species thrive here. For hundreds of years, the agave was worshiped by the natives who brought a tradition of extracting the heart of the plant, the piña, to make a drink they considered a gift from the gods, the mezcal.

Sonya Vega, owner and founder of Doña Vega Mezcal, reinterprets this historic drink. “I’ve heard from people who were put off by mezcal, saying it was too smoky or they had a stinging sensation the first sip. They often say that they have tried mezcal before and that it just isn’t for them. With that, my idea was to create a mezcal that is smooth and accessible. I wanted it to blend well in a cocktail with a smoky element, but also to be enjoyed neat and drunk all night long, ”says Vega.

Vega, who was of Mexican-American descent and an early PR manager, embarked on a passionate project to create the perfect mezcal. She traveled through the Oaxaca region to research and refine a blend that became Doña Vega Mezcal. A gastronomic adventure that visited 22 farms and tried 73 recipes across the state. After 2 years they finally found their pairing. In the small town of Santiago Matatlán, a five-generation farm run by all women, a mother and her two graduate daughters, she found an undeniably smooth and much more delicate mezcal.

“Doña Vega mezcal’s method is to hand-select agave that is found in higher elevations outside of Oaxaca. The process is completely artisanal and organic. We mature our espadín agave plants 3-4 years longer, which is a process called capón. Our agaves are extra ripe, which gives their profile a natural sweetness. This eases and softens the bite that traditional mezcals have. Since everything is organic with no added sugar, it is also much better for your health. As I like to say, Mezcal is your friend in the morning. ”

Typically, wild-grown Espadín agave plants mature at 3-4 years, while Doña Vega grows theirs between 8-9 years. “When we tested, each producer had their own recipe. There are so many variations, ripening times, and techniques – some matured in the ground, some not. Then I tried what is now our variant, which has matured twice as long, and said: ‘I can’t go back now!’ I took the back-end hit because I thought we had to bottle this, ”Vega said.

The origin of mezcal is mythical and often a hint of smoke. According to the city of Oaxaca, local lore claims that it was lightning bolt that struck an agave plant and started the fermentation process that would produce the drink. But what the locals in the various cities of Oaxaca have taken pride in is that mezcal is known as the drink made from heaven, an “elixir of the gods”. In the past, mezcal was consumed at religious ceremonies and today it is often seen at weddings and at every moment of the celebration.

And the world market would agree. Mezcal sales are expected to grow nearly 18% to $ 840 million by the end of 2022, according to a study by Future Market Insights. While it hasn’t yet reached the 17.2 million 9-liter boxes of tequila sold in the U.S. last year, the demand for mezcal has increased and raises concerns about the agave harvest.

With the recipe and the right partnership, Doña Vega was launched in November 2019, shortly before Covid. “Because of my fashion background, I’ve worked with various venues for many years, including Soho House, so I asked if I could have a launch party and so we started. Then I started traveling to other cities, Aspen, Miami – but then everything shut down. At least I was on the shelves, so that was positive. ”

There is a popular Mexican saying: “Mezcal for bad things and mezcal for good things too”.

The mezcal business and the resilience that makes the heat of Oaxaca has been in the Vegas bloodline for years. When her grandparents needed to make more money for the family in Mexico, it was Vegas’ grandmother who always kicked tequila and mezcal in difficult times. It was my grandmother who really helped keep our finances afloat with these sales. “

The most traditional way to consume mezcal is room temperature with a slice of orange and mezcal salt. Doña Vega has a variety of delicious seasoned salts such as hibiscus mole, green jalapeño, and gingerberry made by Mezsal Salts. But Vega also says there are so many fresh takes to enjoy mezcal. “I prefer to drink it with a large ice cube, I love it cold.” But cocktail bars and restaurants in the hippest cities in America are inventing new interpretations of this enhanced mezcal.

“Casa Tua has a cocktail with our mezcal based on ginger and mint that is delicious.”

“The other one I love is from LPM, this bartender created a drink that came to him in a dream after trying the mezcal. It’s called French paloma, brioche bread is enriched with mezcal, clementine and sauternes. It’s so refreshing and so creative. “

It is the terroir of Oaxaca that has created a uniquely flavored and incredibly varied spirit thanks to the land, great biodiversity, and traditional methods that today inspire cocktails across the country. The renaissance of mezcal can be felt, but what is new is the more accessible reinterpretation of the Mexican spirit.

UIHC advises pregnant women to get the COVID-19 vaccine

Robo.cash loans in Sri Lanka are doing well despite the economic crisis