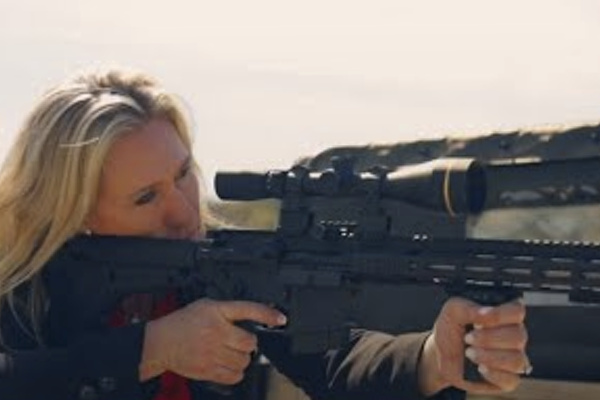 Is the Republican Party ready to purge its extremists?

Jeff Kolnick teaches history at Southwest Minnesota State University. Kolnick is the founder of the Fannie Lou Hamer National Institute on Citizenship and Democracy and has served his faculty association as negotiator and local president.

Even a cursory review of US history reveals an undeniable streak of intolerance and right-wing bigotry.

From the birth of the Republican Party in 1854 until about 1965, the Democratic Party was the real home of right-wing bigotry.

Since 1965, the extreme right has migrated to the Republican Party, where it has captured the party’s soul today. The story of how and why haters migrated into the Republican Party is better known than the story of forty years of purging the Democratic Party of fanatics and misogynists. This story is important because it provides a blueprint for how Republicans can begin to remove hate and intolerance from the GOP.

Democrats dominated the southern United States after the Civil War, ruling Dixie in the interests of white manhood. In 1928, Ulrich Bonnell Phillips, the Dean of Southern historians, declared that the preservation of the South as “the land of the white man” was the “central theme” in Southern history.

The South experienced regulated and public lynching for more than 50 years; disenfranchised millions of black voters and created a segregated living system that was dramatically unequal.

But the Democratic Party was a complicated organization. As the great American humorist Will Rogers said long ago, “I am not a member of any organized party. I’m a Democrat.”

Indeed, when the Democratic Party in the North reorganized after the Civil War, it became home to millions of immigrants, most of them from Eastern and Southern Europe and many of them Catholics and Jews.

In 1924, the North Wing prevailed at the Democratic National Convention. New York Governor Alfred E. Smith attempted to become the first Catholic to be nominated for president by a major party. Before the nomination fight, Smith’s forces attempted to pass a resolution condemning the Ku Klux Klan. The resolution failed, and after 103 ballots, so did Smith’s candidacy for president.

Al Smith and his supporters had challenged the anti-Catholic bigotry and Ku Klux Klan that dominated the Democratic Party. Anyone who felt committed to anti-Catholicism after 1928 had to find a new party.

Twenty years later, at the 1948 Democratic convention, Minneapolis Mayor Hubert Humphrey delivered a speech in which he declared that “Now is the time in America for the Democratic Party, out of the shadow of the states’ right wing to come out and step openly into the bright sunshine of people’s rights.” Humphrey was part of a wing in the Democratic Party that advocated an end to segregation. President Harry Truman was part of that wing, and that same year he moved to pro-segregate in the US military The Democratic Party passed a pro-civil rights plank in its 1948 platform that included a call for voting rights.

After white supremacists were successfully challenged for power at their national convention, the entire Mississippi and Alabama delegations left the convention and soon formed with other southern states what became known as the Dixiecrat party. Led by South Carolina Gov. Strom Thurmond, the Dixiecrats’ platform made it clear where they stood: “We stand for segregation and the racial integrity of every race.”

In 1965, after a decade of massive protests in all corners of the United States, Lyndon Johnson signed the Voting Rights Act, signaling to all bigots and racists in the country that they no longer had a home in the Democratic Party.

Americans like to think that with the triumph of the civil rights and women’s movements, the nation has overcome its legacy of intolerance. Unfortunately this is not the case. The extreme right has not disappeared. Between 1954 and 1973 she suffered setbacks but never gave up, nor did she fade.

And now the far right dominates the Republican Party.

Well-meaning faction of Republicans with peers who would deny our LGBTQ+ neighbors basic human rights; who are against birth control and reproductive rights; refuse background checks for purchasing the deadliest types of firearms; who question the loyalty of Muslim Americans; equate immigration with an invasion threatening to replace “old Americans”; who supported the January 6 uprising that attempted to overthrow a presidential election; who have backed down on electoral law and question the very foundations of democracy.

Between 1924 and 1965, courageous Democrats fought for the soul of their party and won. If the same struggle took place within the Republican Party, we could finally become a nation where no national party welcomed the intolerant and the bigoted. But who among Republicans has the courage of Alfred E. Smith or Hubert Humphrey?

In the midst of the abortion fight, DeSantis vetoes birth control funding—again

Why live with chronic pain?