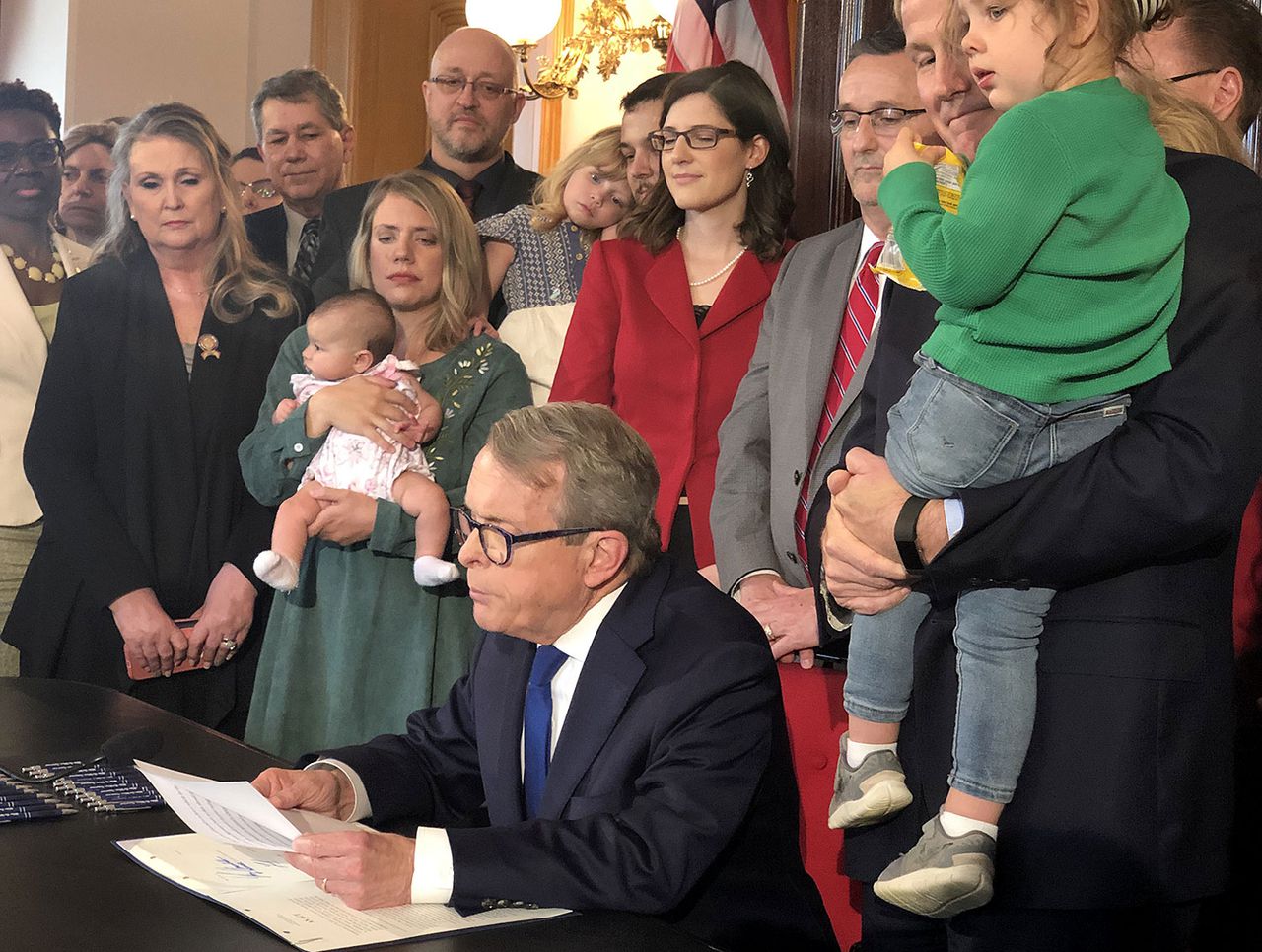 CLEVELAND — As a physician who specializes in high-risk pregnancies, the so-called Heartbeat Act puts me and my colleagues in the difficult position of having to choose between saving a patient’s life or going to prison.

Just after 10:00 am on June 24, the US Supreme Court overturned a nearly 50-year precedent for abortion rights. Nine hours later, a federal judge let Ohio’s “heartbeat” law go into effect after it had been suspended by the courts as unconstitutional since it was first signed into law in 2019.

Touted as “pro-life,” this law will endanger the lives of pregnant patients in Ohio.

In the United States, Almost half of all pregnancies are unwanted, according to the federal Centers for Disease Control and Prevention (CDC). Fetal heart activity, detected between the sixth and seventh week of pregnancy, is only two to three weeks after a missed period — that is, when the woman has regular cycles. It can be even more difficult to detect pregnancy early for people with irregular cycles. Younger patients, such as pre-teens, are more likely to have irregular periods and be more advanced before pregnancy is recognized.

According to the CDC, abortion rates in Ohio have been stable in recent years at about 9.1 per 1,000 women of childbearing age. National data also show that the majority (93%) of abortions occur during the first trimester and that less than 1% of all abortions occur at 21 weeks.

Ohio’s heartbeat law makes exceptions for threats to maternal life, but it doesn’t specify exactly how severe the threat must be. How much threat is too much threat? Only the mother can decide this in consultation with her doctor.

The maternal mortality rate in Ohio is 19.2 per 100,000. The risk of death in a patient with heart disease can be as high as 30% to 50%. Is the risk high enough? What about a 25% risk of death? represents that a “medical necessity” according to the law?

Must these patients die before our eyes before we deem it necessary to intervene to save the mother’s life, or is our medical judgment sufficient? If a patient is bleeding but fetal cardiac activity is present, can I perform an abortion or do I have to wait until she is on her deathbed before I can say her life is in danger?

This law does not allow for nuance when nuance is the essence of all medical practice – but especially in maternity care.

This law affects doctors’ ability to use our medical judgment. It forces us to break our oath to do no harm and makes it difficult for patients to receive the care their doctors deem necessary in already unimaginable circumstances. This law’s criminalization of medicine is bad for patients, for society, and for the state of Ohio. The American Medical Association opposes the criminalization of medicine.

Our state’s Heartbeat Act will result in a higher maternal death rate in Ohio, and Ohio families will suffer as a result.

Do you have anything to say on this subject?

* Submit a letter to the editor to be considered for print publication.

*Send general questions about our editorial staff, or comments or corrections about this Opinion column to Elizabeth Sullivan, Director of Opinion, at [email protected]

21% of crypto investors use loans to pay for investments, some use car titles and payday loans