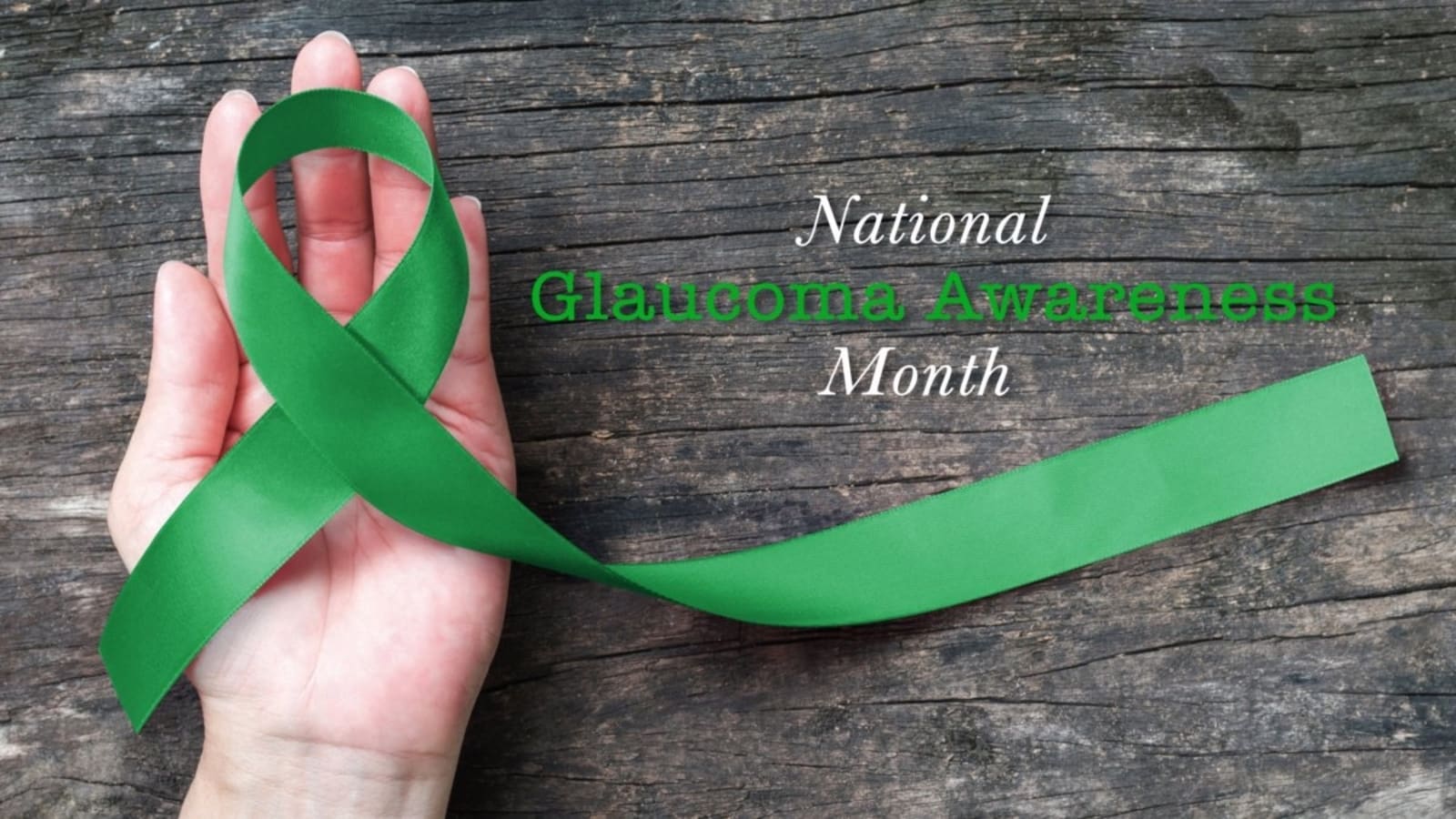 Glaucoma cannot be cured. Check out these warning signs in children to prevent this | Health

To spread the word about the sight-robbing disease, January is designated as National Glaucoma Awareness Month as it is the leading cause of irreversible blindness, where up to 40% of vision can be lost without a person it noticed. Glaucoma can affect children even before the age of 3, but clinical signs and symptoms vary.

dr Aparna Darawal, Senior Physician and Head of Ophthalmology at Asian Hospital, explains: “Glaucoma is a disease of progressive damage to the optic nerve caused by an increase in intraocular pressure. Congenital/childhood glaucoma begins before the age of 3 years and juvenile glaucoma is observed at more than 3 years of age.”

Glaucoma can damage the optic nerve and result in vision loss. dr Vineet Sehgal, senior consultant at Sharp Sight Eye Hospitals, describes it as a heterogeneous group of eye disorders characterized by progressive optic neuropathy, manifested by cupping of the optic disc and usually, but not always, associated with increased intraocular pressure (IOP). ).

“The prevalence of primary congenital glaucoma (PCG) is one in 3,300 live births and PCG accounts for 4.2% of all childhood blindness in the Indian population. This has a very big impact on the quality of life, and as life expectancy is longer, you have to endure more years of suffering,” warns Dr. Anita C. Kamarthy, glaucoma surgeon at Maxi Vision Eye Hospital in Hyderabad.

Glaucoma damages the connection between the eye and the brain, which in turn leads to a slow shrinking of the visual field (visual field) and eventually to complete blindness.

dr Sandeep Buttan, Global Technical Lead Eye Health Asia at Sightsavers, explains: “Unlike other common causes of vision loss (such as cataracts) where full vision can be fully restored in most cases, field loss in glaucoma is not reversible, if left untreated because the optic nerve cannot regenerate after damage.” He added, “Anyone can have glaucoma and the risk increases with age.”

“The most common cause of childhood glaucoma is accidental use of steroid eye drops for various allergic eye diseases. These eye drops can cause blinding glaucoma. Even with the smallest eye ailment, the patient has to see an ophthalmologist because children’s eyes are very sensitive,” he says dr Vineet Sehgal.

He added: “Glaucoma often follows cataract surgery in babies and young children. Cataract surgery replaces the lens in the eye when it has become cloudy. The IOP fluctuations after cataract surgery can lead to glaucoma. It can also occur if the eye becomes inflamed for any reason, such as in children with childhood arthritis, as the drainage channels can become blocked by inflammatory cells.”

according to dr Anita C. Kamarthy, “Secondary glaucoma may be due to other ocular abnormalities such as trauma, infection, inflammation, steroid use, small eyes (nanopthalmos), or some systemic problems such as Sturge-Weber syndrome.”

dr Sandeep Buttan points out, “People with a family history of glaucoma, those who wear high-minus glasses (or have had eyeglasses in the past), or those with a history of an eye injury are at higher risk of developing the disease. Some other factors such as high or low blood pressure and long-term use of steroid eye drops are also risk factors.”

Symptoms or warning signs of glaucoma:

Doctors list that children affected by glaucoma may have:

2. Photophobia – sensitivity to light or inability to see in the light,

3. Enlargement of the eyes (buphthalamos),

5. A cloudy cornea is one of the most common signs of congenital glaucoma. The healthy cornea is transparent. The loss of this transparency is caused by edema, or tissue swelling from excessive fluid accumulation due to high IOP. This occurs in the corneal epithelium (outermost layer of the cornea) and corneal stroma (middle layer of corneal tissue). Careful examination of the cornea can also reveal defects in its inner layer, which is further evidence of increased intraocular pressure (IOP).

6. Blepharospasm or closing eyes tightly. Parents can give a history of eye rubbing.

7. In the initial stages of glaucoma there can be absolutely no eye discomfort. Some people may have non-specific symptoms such as a headache, tearing, or seeing a colored halo, but these may or may not be present.

Parents and caregivers should be aware of these symptoms and contact an ophthalmologist early if they notice these signs.

“Early diagnosis and management of intraocular pressure is the mainstay of glaucoma treatment. Medical therapy and surgical intervention are both viable options and the doctor will select them depending on the type of glaucoma and the extent of damage to the optic nerve,” says Dr. Aparna Darawal.

She suggested: “If there is a family history of childhood glaucoma, early follow-up should be done by an ophthalmologist for glaucoma screening. Although congenital glaucoma is not fully reversible, early and effective treatment can prevent disease progression and vision loss.”

dr Emphasizing that the disease cannot be cured but can be effectively managed over time, Vineet Sehgal shared, “Control of eye pressure, either with daily eye drops, laser, or glaucoma surgery by a glaucoma specialist, can stop the progression of glaucoma and receive their own vision of life. Early detection and careful monitoring of the optic nerve over time are key to good glaucoma management.”

dr Revealing simpler methods of prevention, Anita C. Kamarthy said: “As most say prevention is better than cure, this can be prevented to some extent by having the mother fully vaccinated before pregnancy, particularly against rubella. In addition, teratogenic drugs and drug abuse are avoided during pregnancy. Most of these children will need evaluation under general anesthesia for intraocular pressure, corneal diameter, retinoscopy, ophthalmoscopy, and gonioscopy. Depending on the severity of involvement, treatment varies, which is usually surgical. Initially, drug treatment is used to lower intraocular pressure by applying hyperosmotics, Beta blockers, carbonic anhydrase inhibitors. While miotics and alpha agonists are contraindicated in PCG.”

She also suggested that if you have any of the symptoms, the earliest you should seek is a good eye exam by a trained ophthalmologist. dr Anita listed a few surgeries including:

1. Incision Surgery – WWe have a goniotomy (only possible if the cornea is clear and

3. Glaucoma Drainage Devices are last resort. It could be Baerveldt, AADI or Ahmed glaucoma valves.”

dr Sandeep Buttan advised: “Glaucoma tends to run in families. If you are at risk, you may need to be checked more often or earlier. If a member of your family has been diagnosed with glaucoma, the rest of the family (brothers, sisters, and children) should have their eyes tested to detect early disease. Everyone over the age of 40 must have an annual glaucoma test, regardless of eye problems.”

He added: “Depending on the type and stage of the disease, treatment for glaucoma may include eye drops, laser therapy or eye surgery, or a combination of these. Due to the chronic nature of the disease, it requires lifelong follow-up and monitoring. All types of glaucoma treatment are essentially aimed at preventing further damage to the optic nerve and cannot reverse the damage already done! Regular yearly comprehensive eye examination is the only way to detect glaucoma in its early stages, before significant vision loss occurs occurs.”