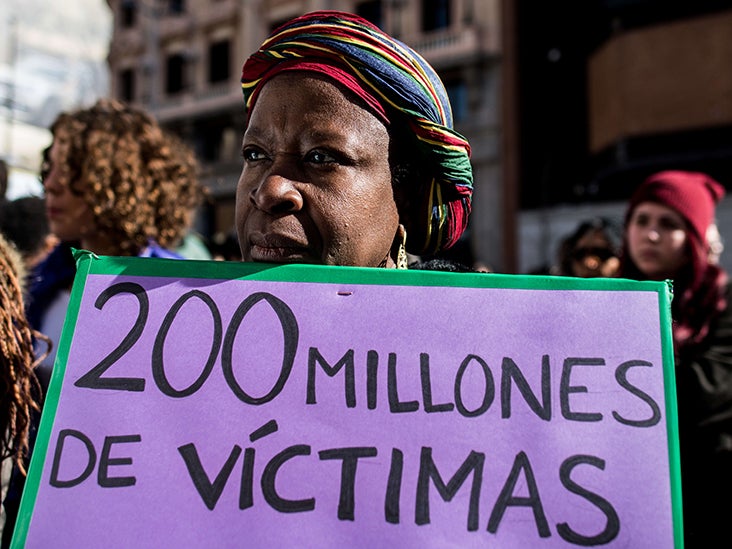 The death of 21-year-old Maseray Sei from bleeding and shock the day after FGM in Sierra Leone has put the practice back in the spotlight.

FGM, also known as circumcision (FGM/C), includes any procedure that involves the removal of external female genitalia or the injuring of female genital organs for non-medical reasons. FGMC/C is considered a form of violence against women and girls that violates their human rights. The African Union condemned FGM/C in its 2003 Maputo Protocol as a harmful practice affecting women’s human rights.

There has been a general decline in FGM/C over the past 30 years, but not all countries have made the same progress. Figures released by Unicef ​​show a decrease in FGM among girls aged 15-19 living in Egypt from 97% in 1985 to 70% in 2015. Similar trends have been noted in neighboring countries.

In Africa, Sierra Leone has one of the highest rates of FGM – 83% of women and girls have engaged in the practice.

Despite its moderate decline, according to Unicef:

“Current progress is not enough to keep up with rising population growth. If the trend continues, the number of girls and women undergoing FGM/C will increase significantly over the next 15 years.”

The exact number of women and girls who have been subjected to FGM/C worldwide is estimated to be at least 200 million in over 30 different countries, with an estimated 44 million being under the age of 15.

FGM/C is more common in Indonesia, Egypt and Ethiopia but is practiced worldwide. There are estimated Girls and women living with FGM/C in the Netherlands and according to the up to “half a million girls and women in the United States have undergone FGM/C in the past or may be at risk of FGM/C in the future.”

It is believed that there is a mix of socio-cultural reasons behind the practice, which will vary by country and region. In most places where FGM/C occurs, it is condoned as a cultural tradition for reasons such as:

In many countries, governments, authorities and those in power have the ability to stop the practice, but do not have it . In fact, FGM is not illegal in Sierra Leone, and despite existing protection laws for women and girls, there are no known criminal prosecutions related to FGM. In fact there was current reports of an MP in Sierra Leone who pays 150 girls for FGM.

There are no health benefits associated with FGM/C, rather the removal of healthy tissue leads to lifelong complications.

Equality Now, an international human rights organization focused on changing laws to protect and advance the rights of women and girls worldwide, is calling for the criminalization of FGM and in particular the government of Sierra Leone.enact and enforce a comprehensive anti-FGM law to ensure the protection of its women and girls.”

Referring directly to Maseray Sei, Asenath Mwithigah has called on the Government of Sierra Leone to “deliver on its commitment to eliminate female genital mutilation in line with ‘Pillar 8 on Gender Equality and the Empowerment of Women’ in its prosperity agenda and commitments in line with CEDAW and the to eliminate Maputo Protocol.”

“We also call for a full and expeditious police investigation and prosecution of all those responsible for the tragic death of this young woman. It is vital that justice is served so that it can deter others.”

At the recent February 10, 2022 meeting “Investing in Strategic Partnerships and Grassroots Actors to End FGM,” she continued to say: “We need strong, bold innovations to empower women and girls affected and at risk of FGM.”

she explained“Today our common goal is to #EndFGM and partnership are needed more than ever, and our efforts need to be stepped up.”

The Speaker of Parliament, Rt Hon. Abass Chernor Bundu has responded that he shares concerns about FGM and that “FGM will be banned”. He says: “Good traditions had to be preserved and bad ones discarded.”

He has also agreed to submit the letter to Parliament on behalf of anti-FGM activists.

Types of Loans You Need to Solve Your Financial Problems Faster