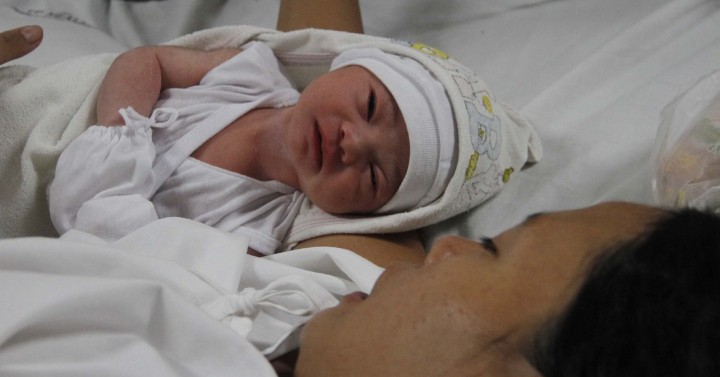 MANILA – A survey found that only 13 percent of 500 young women in the Philippines have knowledge of Emergency Contraceptives (EC) or the Yuzpe Method, which has an 88 percent effectiveness rate when taken within 72 hours of conception will.

The DKT Philippines Foundation, a leader in innovation in the healthcare market, shared this information from their commissioned study on Wednesday.

“These pills satisfy a need when sex is infrequent or unexpected, which is often the case with people who are just entering their sexually active years,” said Foundation Chairman Hyam Bolande during a virtual forum.

“EC pills can be the last line of defense against unwanted pregnancies if the male partner doesn’t use a condom,” he added.

Although teenage pregnancies have long been a problem in the Philippines, the government recently raised the alarm for better ways to reduce cases as the numbers continue to rise despite best efforts.

In June, President Rodrigo Duterte made teen pregnancy prevention a “national priority” in Executive Order 141, which called for action to address the problem, including strengthening sex education so teens can make better informed decisions.

Teenage maternal births rose to 495 per day in 2019. Nearly 6% of Filipino girls have teenage pregnancies, which is the second highest rate in Southeast Asia, according to Save the Children’s 2019 Global Childhood Report.

Lack of awareness of the Yuzpe method

The DKT-Philippines Foundation said the lack of awareness of emergency contraceptive pills (also known as the morning-after pill) is holding the country back to combat rising teenage pregnancy rates.

The study also found that only one in four unmarried women aged 18 to 29 who are sexually active is aware that it is possible to prevent pregnancy with birth control pills after unprotected intercourse.

More than two in three said they had had unprotected sex before.

The same proportion, 68 percent, stated that they had already experienced â€œpregnancy fearsâ€, with the number of such fears averaging 2.7. In addition, 94 percent of this group of women also reported having had negative emotional states such as fear of pregnancy, anxiety, feelings of guilt, and sadness after having unprotected sex.

In a subsequent online survey by the foundation, nearly a third, or 32 percent, of Filipino doctors and midwives involved in family planning said they were not familiar with the Yuzpe method.

However, in the same informal survey in October, 85 percent of healthcare providers said they had patient inquiries about emergency contraception.

Emergency contraceptives, introduced in the UK in 1984, have become one of the most important family planning methods in the world and are now approved in 149 countries.

The Yuzpe method can prevent pregnancy as long as it is taken 72-120 hours after unprotected intercourse, depending on the type. They are most effective, studies show, when taken quickly afterwards.

The foundation also announced that a special EC pill, Postinor, was registered for import and sale in the Philippines, but in 2001 the Bureau of Food and Drugs reversed its course and revoked its approval, stating that the drug has an “abortion” effect.

However, medical researchers around the world have mutually agreed that e-cigarettes are contraception, not abortion, and there is no significant debate on this issue in the global obstetric field.

“Emergency pills prevent pregnancy by preventing or delaying ovulation, and they don’t lead to an abortion,” says the World Health Organization (WHO) fact sheet on the subject.

Repeated scientific studies have shown that human conception, the starting point of pregnancy, occurs five to ten days after unprotected intercourse. Even if they are mistakenly taken too late, EC pills cannot harm a fetus or terminate a pregnancy, the group chief explained.

In addition, WHO guidelines stated that there are no age limits for using e-cigarettes and that any woman or girl of childbearing age can safely use the method.

â€œTo prevent pregnancy after unprotected sexual intercourse – which can result from sexual abuse, poisoning or even a broken condom – doctors can prescribe the so-called Yuzpe method, an increased dose of combined oral contraceptives, according to the guidelines of the Philippine Ministry of Health. â€œAdvised Bolande. (PNA)