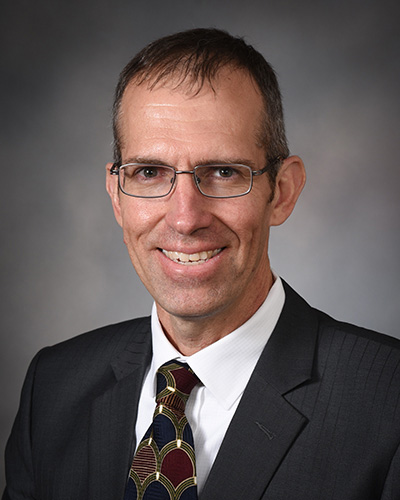 Charles Dietrich: Prevention of cervical cancer is possible with increased screening and awareness

It is estimated that more than 14,000 women in the United States are diagnosed with cervical cancer each year. Kentucky has a higher burden of cervical cancer than most states, with an incidence rate of 9.6 cases per 100,000 women.

All women, especially those over 30, are at risk for cervical cancer; However, the disease is highly preventable with screening tests and vaccines that are widely available and effective.

Possible signs of cervical cancer include abnormal vaginal discharge, odor, or irregular bleeding such as B. spotting between menstrual cycles or after vaginal intercourse. Any bleeding after menopause should be investigated. If cervical cancer is caught early, it is highly treatable and has a high chance of survival. Advanced cervical cancer is more difficult to treat and treatment options have a significant impact on quality of life.

In general, women by the age of 21 should have discussions with their GPs about the best time to start screening. Pelvic exams are a crucial part of optimizing women’s health. Routine pelvic exams are recommended once women become sexually active to detect possible signs of vulvar problems, ovarian cysts, sexually transmitted infections (STIs), uterine fibroids, or early-stage cancer.

Most obstetricians and gynecologists recommend starting screening at age 21, with a Pap test every three years. A Pap smear is only one part of the pelvic exam, and the interval may be different for everyone. From the age of 30, the HPV co-test can be used to extend the screening interval to every five years.

• Sexually transmitted infections such as chlamydia, HIV and herpes simplex virus.
• Sexually active aged 15 or younger.
• Do not use condoms.
• High number of pregnancy births.
• Use of oral contraceptives.
• To smoke cigarettes.
• Obesity.
• Poor diet.
• Immunosuppression.