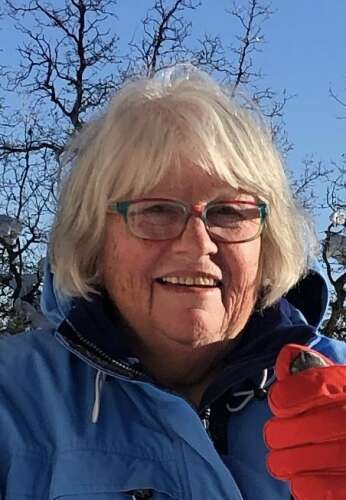 Before 1965, married couples in the United States were not legally entitled to birth control. A woman needed her husband’s permission to buy any type of contraceptive. 1965 was also the year that The Pill came out and the year I got married. Unmarried people had no legal right to birth control until 1972. Even condoms (available from vending machines in the men’s room) were sold “solely to prevent disease.”

Our nation just celebrated the 49th anniversary of Roe v. Wade (1973) behind the decision that legalized abortion. Now, however, women are eagerly awaiting another Supreme Court decision this summer. The court will decide whether or not we still have the right to an abortion. It will rule on recent Mississippi and Texas laws that effectively reverse the 1973 decision. The question before us is whether a state or the federal government can control our bodies. It’s ironic that many people have protested the mere wearing of masks with the slogan “My Body My Choice”. How much more invasive is checking a woman’s uterus?

Whatever the court decides, abortion is not going away. For centuries, desperate women have resorted to potions, knitting needles, hangers or shady practitioners.

I’m old enough to have some perspective on this terrible election. My experiences validate my commitment to pro-choice, not pro-abortion, but pro-choice. There is one big difference.

In the 1940’s and 1950’s my father, Edward D. Wildman, was a young physician. Prior to public emergency medical service, he was on call for all emergencies, including those involving backroom and self-induced abortions. He had to declare some women dead in their homes. Many were bruised and bled to death. The lucky ones only needed repair for the internal destruction. My father was a religious man, a Quaker who valued the sacredness of life. He was a conscientious objector during World War II and refused to kill, even to combat the evils of Hitler. However, he could not accept that women who had conceived too young as a result of incest or rape, without a husband, or who simply could not afford to feed another mouth, had to mutilate (or kill) themselves in order to do so coping with an unwanted pregnancy. I also knew his intense commitment to his oath as a doctor to do no harm. Following this oath was not easy. No harm to who? He became a staunch supporter of safe abortion.

In the late 1960s, I personally knew women who faced the same choice. Before Roe v. Wade, I had a phone number that would put me through to a doctor willing to perform safe, albeit illegal, abortions. These doctors risked losing their licenses, arrest and imprisonment, but they worked to mitigate the consequences for women who had to make this difficult and very lonely decision.

In 1970 my husband and I were living in New York when the state became the first state to legalize abortion. At 4 a.m. one morning, our door buzzed. A relative drove overnight from Wisconsin with his pregnant girlfriend to be in New York for a safe procedure. They just didn’t have the means to raise a child.

Since then, I have served in many capacities for women’s health. My experiences allowed me to advise young women to use contraception to avoid the need for an abortion and to receive adequate reproductive health care. My younger sister was an early beneficiary. When I found out she was already having unprotected sex, I immediately took her to Planned Parenthood for birth control.

I’ve lived long enough to have seen firsthand the consequences for women, from the days when birth control was illegal, to the era of backyard abortions, to the present day. Today, safe care through Planned Parenthood and other providers is readily available and affordable.

The cost of losing this care is too great to bear. We just can’t go back.

Durango resident Peg Kimple has retired from a long career in nonprofit healthcare, including reproductive health issues, domestic violence and substance abuse, particularly as it relates to women.

Loans for graduates. Most graduating students are heavily loan-driven