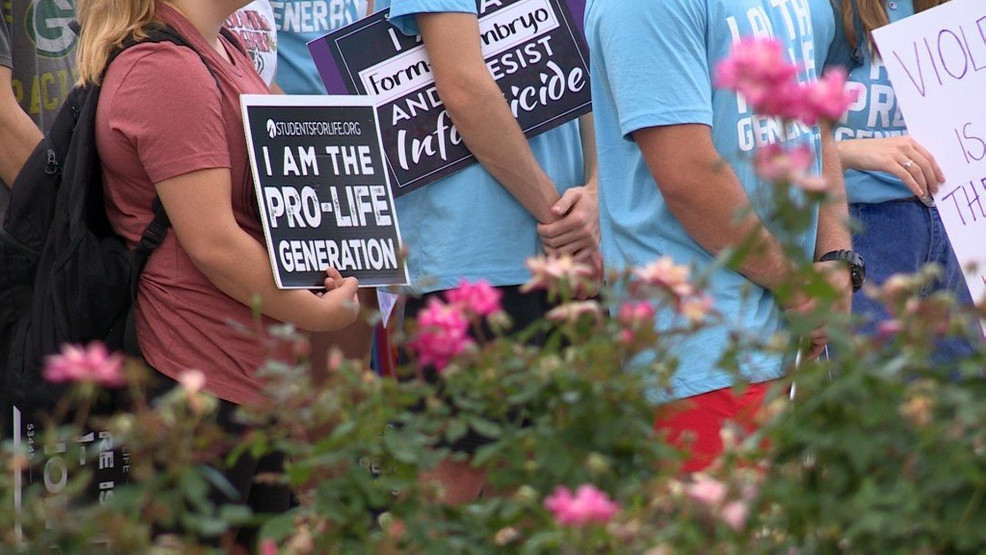 As the abortion debate spreads nationwide, both sides gather at the Wisconsin State Capitol

MADISON, Wisconsin – With the United States facing an uncertain future for reproductive rights and abortion-related laws, both sides of the debate had the opportunity to gather at the Wisconsin State Capitol on Saturday.

On a day when hundreds of cities marched for continued access to abortion, thousands marched down State Street for a “Bans off our Bodies” event.

“It’s about abortion justice,” said Linda Kessell of Indivisible Madison. “Abortion is still legal today, but it’s creating more and more barriers to people getting it.”

Several groups have come together to organize the event.

Just hours earlier, pro-life advocates came from every corner of Wisconsin to hold the first March for Life Wisconsin on the Capitol steps.

“It really is a celebration of life and a call for an end to abortion,” said Anna Demeuse of Pro Life Wisconsin. “We believe in the beauty of human dignity and the preciousness of every human life. We know that every abortion destroys human life. “

While Demeuse says the group is aware of the Supreme Court discussions, she says Saturday’s event was primarily aimed at getting a positive message across.

“I hope people will come together and be united and know that there are pro-life voices out here who really want to see an end to abortion and uphold the dignity of the human person,” she said.

Hundreds of people walk the sidewalks at Westside Women’s Marches