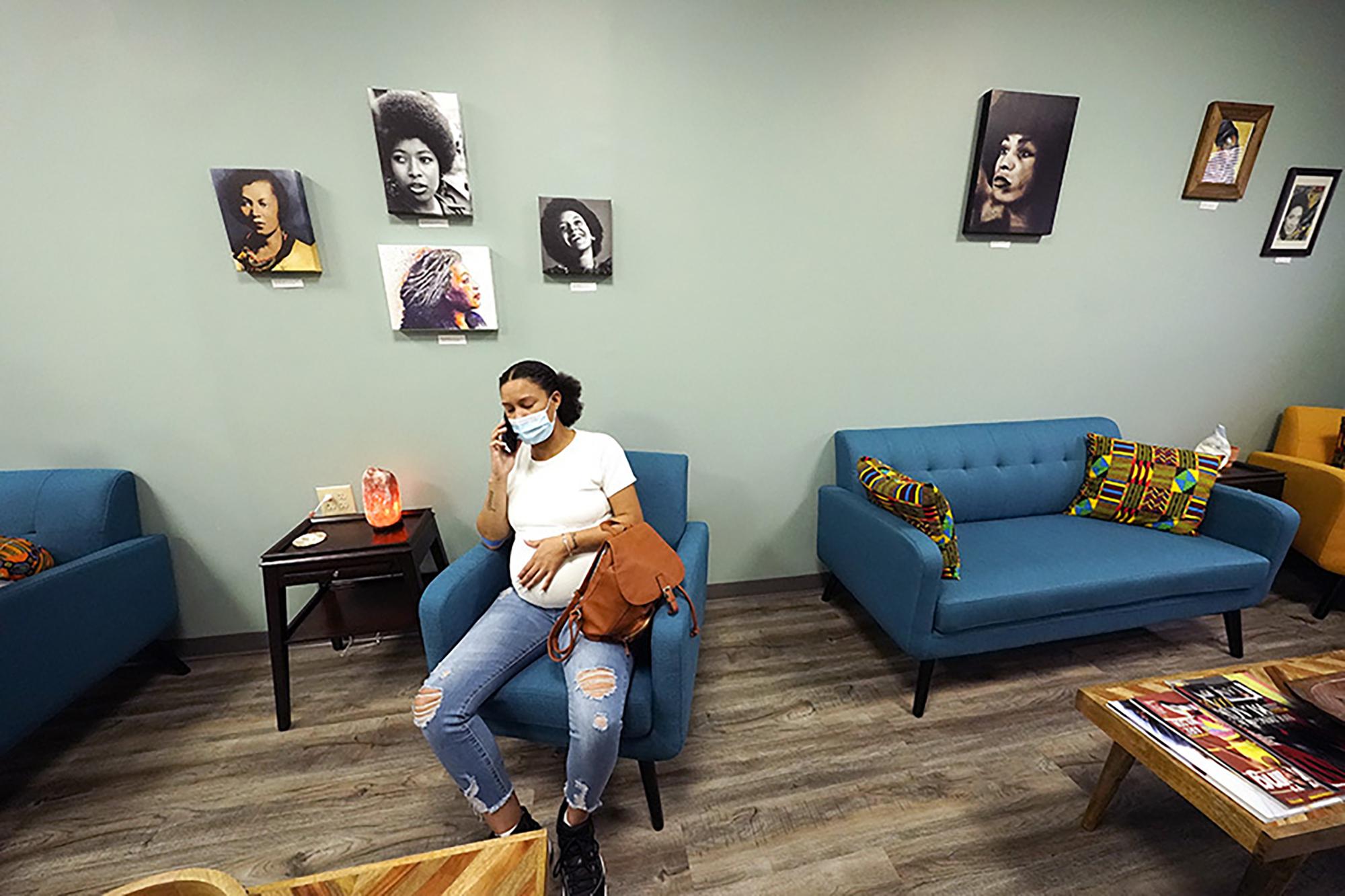 Amid the abortion debate, the clinic asks: who takes care of mothers?

JACKSON, Ms. (AP) – Miracle Allen used her last tank of gas to drive an hour and 15 minutes to the nearest clinic that would take care of her and her unborn baby.

Allen, 29, was four months pregnant during Hurricane Ida torn through her community in Houma, Louisiana. She spent three nights in what was left of a house with the roof gone and no electricity. Her car was all she had left. So Allen – along with her 6-year-old daughter, her mother and a niece – fled to rural Mississippi City of Kosciusko, where the family lives.

Her first priority was to find a doctor who could check on her little boy. But the lone local midwife splits her work between two rural counties and isn’t taking on any new patients. Allen couldn’t even find another doctor within an hour’s drive – certainly not one who would treat a patient with no insurance or ID who was destroyed by Ida in her home.

Eventually, a Jackson-area hospital, which turned her down, suggested the Sisters-in-Birth Clinic. When the last tank of gas filled up, she arrived in a panic. would you see her Had the stress of the storm affected her pregnancy? Where would she go if this place rejected her?

Almost all of the mothers treated at the clinic in the Mississippi capital are black women without insurance, like Allen. Many went years without seeing a doctor until they became pregnant and qualified for Medicaid. Most are at risk for conditions such as high blood pressure and heart disease. Almost everyone has nowhere else to go.

The clinic’s CEO and founder, Getty Israel, says Mississippi leaders fail these women every day. As state Republican officials spend time and resources banning abortion and waiting for a verdict that Roe v. Wade could falladvocates say nothing is being done to support women who choose to give birth.

“We’re doing everything wrong,” Israel said. “Mississippi is for birth, but not for life. If we are truly a pro-life state, we must do more than try to end abortion and ensure women are healthy.”

Mississippi has the highest infant mortality rate in the nation, and black babies are about twice as likely to die as white children, federal statistics show. Mississippi is also among the states with the highest maternal mortality rates, with black women again being disproportionately affected. And rural hospitals are closing at an alarming rate, creating gaps in health care, while about 20 percent of Mississippi women are uninsured, according to census figures.

All of these problems plagued Mississippi before the pandemicbut Israel and others said COVID-19 has made the situation worse, with hospitals overwhelmed and a flagging economy.

Israel opened her clinic amid the pandemic in June 2021. She wanted to teach patients, particularly black women who she felt were being exploited in the medical system, how to take control of their bodies and speak up for themselves.

Sisters in Birth is a midwifery clinic that provides pregnant patients with education and care – ultrasound scans, prenatal vitamins, midwife and doctor visits. But Israel is also trying to focus on more than medical supplies; She said she takes a holistic approach to women’s physical, social and emotional health.

The clinic’s community health workers help create diet and exercise plans, meet with patients at home, and escort them to labor at the hospital. Employees assist with Medica enrollment d and community college. In particular, Israel wants Sisters in Biry to address health inequalities before patients – many of whom are at risk of complications due to demographics and prior lack of access to care – give birth and offer them social support.

When Allen arrived, she was greeted by artworks by female activists on the comforting sea-green walls: Toni Morrison, Dolores Huerta and Madonna Thunder Hawk. Magazines with black women on the covers lie in front of colorful sofas.

The staff agreed to see Allen — a single mom and waitress who lost her 12-year job during the pandemic — without insurance. They helped her file a Medicaid application, created exercise and diet plans, and offered her gas money to get her home.

“I felt like I could finally breathe,” Allen said.

By the time she hit seven months, Allen said, thanks to Sisters in Birth, she already had more medical care than she had in all of her last pregnancy. Israel calls her on days when the clinic is closed to check in.

The stability has helped her transition to life in Mississippi — finding housing while pregnant, replacing documents, signing up for food stamps.

“They know my name when I come in,” she said. “You don’t have to remind them who you are and what you’re going through.”

Now Israel wants to expand – but for that it needs money. With the help of Mississippi’s only black and Democratic congressman, Rep. Bennie Thompson, she is raising $3 million in federal money from the Community Project Funding program to open Mississippi’s first birthing center. She envisions a place where black women can give birth naturally and regain their agency.

There is currently one nurse midwife—one of only a few midwives in Mississippi. Despite declining numbers, the Southern states have a rich history of midwives. For generations, most black babies were delivered by midwives because of racist policies barring black women from hospitals. Midwives were pushed out of the industry in the late 1950s and 1960s as hospitals became unsegregated and white doctors sought control of the birth market.

Israel wants to hire more midwives, four in all, and offer training. She is also planning a cubicle for women so they can stay on site and receive support prior to the birth.

Although Sisters in Birth doesn’t offer abortions — the clinic doesn’t generally advise women about it either, as its focus is on providing services to women who want to give birth — Israel expects that if abortions are banned, it will see an increase in patients .

“Poor women who are pregnant now because they can’t get an abortion will look to clinics like mine that have no limit on the number of Medicaid patients they can take,” she said. “Support makes a difference in whether a woman wants an abortion or not.”

She wants to support more women and give them the opportunity to give birth in the center instead of in the hospital. There, Israel said, she often sees doctors pushing for inductions and caesarean sections that are not medically necessary. Federal data shows Mississippi has the highest rate of cesarean sections in the US Black women have experienced the highest cesarean delivery rates in the country since the 1990s.

2018, a five-year study A federal government comparison of birth centers to other forms of maternal obstetrics for women on Medicaid found a dramatic reduction in preterm births, low-weight births, and cesarean sections among birth center patients. The results showed a reduction in racial inequalities — for example, there were no racial differences in caesarean births and breastfeeding — and Israel wants to replicate this for Mississippi women.

Jackson’s Yasmin Gabriel said she came to Israel’s clinic because she wanted a black woman in the room to give birth.

“So often we’re just ignored,” she said. “I wanted our babies to come into this world without stress, without fear because I saw that other people didn’t listen to our pain threshold or our wishes.

“I just wanted to make sure I have someone who looks like me, who understands what I’m going through.”