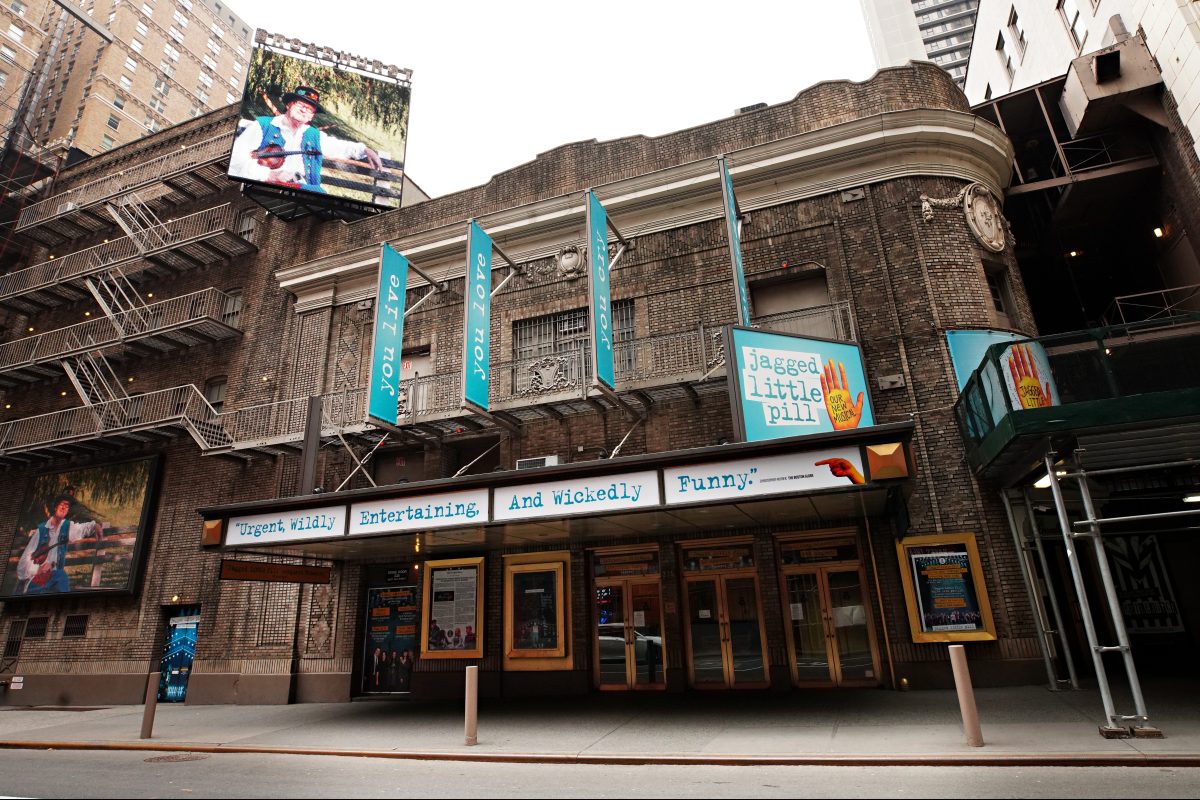 After more than a year, the Broadway producer plans to reopen “Jagged Little Pill”

Parts of New York City have emerged from the pandemic, many workers are returning to their offices and all capacity restrictions have been lifted. But one of the city’s main industries, Broadway musicals, won’t return until September.

Marketplace presenter Kai Ryssdal met with Broadway producer Eva Price outside the Broadhurst Theater, home of her show Jagged Little Pill. The following is an edited transcript of their conversation.

Kai Ryssdal: The funny thing is that we’re standing outside because no one is allowed in. How are you going to open in what two months?

Eva Price: Well, it’s a little over two months, October 21st. People can get in. We’re just not in yet. We’ll start rehearsing in September. And we’ll start checking out the gear, costumes, and set to make sure it works.

Ryssdal: Are you exhausted?

Price: I am an athlete who is out of shape.

Price: Yes, I mean, working 10, 12 hours a day in the morning, at noon and in the evening was part of the daily work so to speak. And catching a cold and suddenly just walking around Zoom, it is – yes – it has taken its toll.

Ryssdal: What do you do during the day? Do you gather people together and make sure they get contracts and all that stuff?

Ryssdal: For this one has how a dozen and nominations change.

Price: I dont know. I mean we call it reopening I guess.

Ryssdal: How much time do you spend on logs and health and all that stuff? And I ask because Bruce Springsteen is fully vaccinated again over there at St. James, right? That’s the deal, you have to be fully vaccinated to go to this show.

Price: That’s the deal. We spend a lot of time doing it. We work with epidemiologists and the unions and the [Centers for Disease Control and Prevention] and the state to make sure we follow every protocol and adapt because, like you said, it’s July. The show takes place in October. What can change Well, you know, “a lot” is the answer based on what we’ve learned.

Ryssdal: We talked maybe twice or maybe last time about all the people who were dependent on this industry for a living and had to do something else for a year and a half, right? Stage workers and caterers and all that and part of them went to do something else. And we talked about how you hope they come back, blah, blah, blah. Here’s my question, and it’s a little personal, but whatever, why did you stick with it?

Price: I don’t know if I should do anything else now. I think it would have taken something other than a pandemic to get me out. And that’s because it’s hard. It’s really, really hard to be a Broadway producer and work in the live theater industry. And if I believed there was something else I would like to do, I think I would have left before the pandemic, it doesn’t matter. My heart is here

Ryssdal: We should say here that this is not the only thing you have in front of you. You have touring and, I mean, you have stuff in Australia and other shows. I mean, you are trying to build a whole company.

Price: Yes / Yes. It’s difficult because it’s different everywhere you are. Australia is currently in lockdown. And you know, similarly, I have three tours in this country starting this fall and each state is suffering or developing in different ways right now. It’s actually more scary than Broadway.

Ryssdal: I don’t want to end on a downer, so I’ll make this the penultimate question. What if the reopening doesn’t work? What if the crowds don’t come back?

A resonant scramble between “sex radicals” and 19th century censorship 19